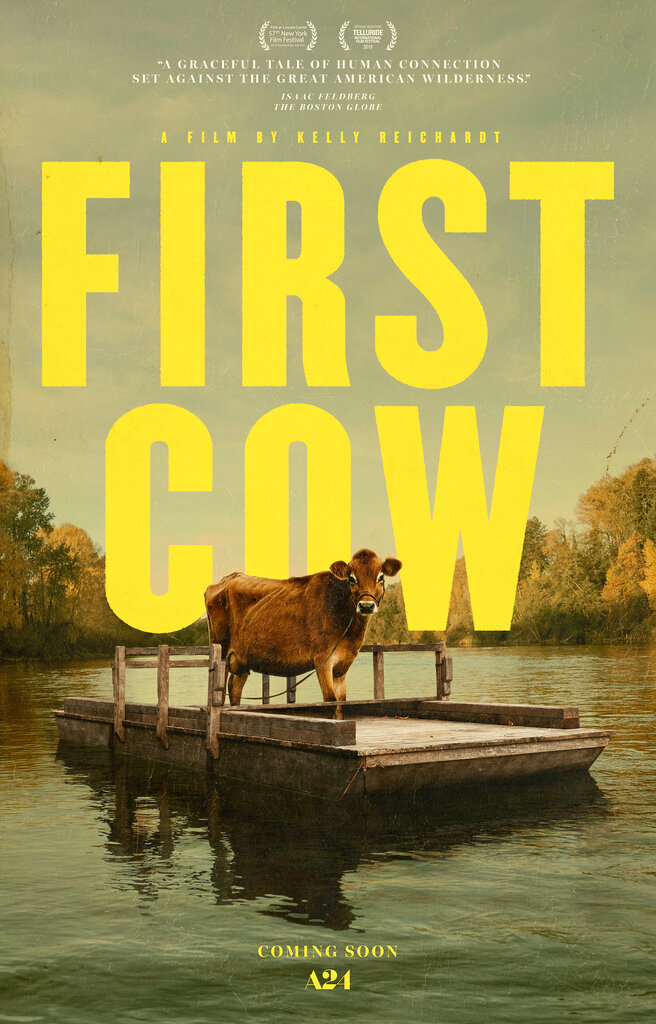 This image released by A24 shows poster art for the film "First Cow." Kelly Reichardt's film led all films in nominations for the 30th annual Gotham Awards with four nods, including best film, best screenplay, best actor for John Magaro and breakthrough actor for Orion Lee. (A24 via AP)

NEW YORK (AP) — Awards season, such as it is this year, got formally underway Thursday with the first notable film nominations yet announced in a pandemic-marred movie year. The Gotham Awards, presented by the Independent Filmmaker Project, put forward five films, all directed by women, for best feature film, and a posthumous acting nod for Chadwick Boseman.

Kelly Reichardt's “First Cow” led all films in nominations for the 30th annual Gotham Awards with four nods, including best film, best screenplay, best actor for John Magaro and breakthrough actor for Orion Lee. The film, a Western fable about two aimless travelers in Oregon Territory of the 1820s, was released in theaters by A24 in early March, shortly before cinemas closed nationwide, and on video-on-demand in July.

Boseman, who died in August at 43 from colon cancer, was nominated for his performance in the upcoming Netflix adaptation of August Wilson’s 1982 play, “Ma Rainey's Black Bottom.” Early buzz for the performance, Boseman's final one, has boosted the expectation that he will land a posthumous Academy Award nomination.

Alongside Boseman and Magaro, the acting nominees are: Riz Ahmed ("Sound of Metal"), Jude Law ("The Nest") and Jesse Plemons ("I'm Thinking of Ending Things").

The Gothams honor independent film, with nominees selected by panels of critics. They're typically held in late autumn but, like most awards, have been pushed back this year following the Oscars two-month postponement to April 25. The ceremony is set for January 11 for what organizers are calling a hybrid format of virtual interactive tables.