'Change at any moment' - Virus upends season for Big 12 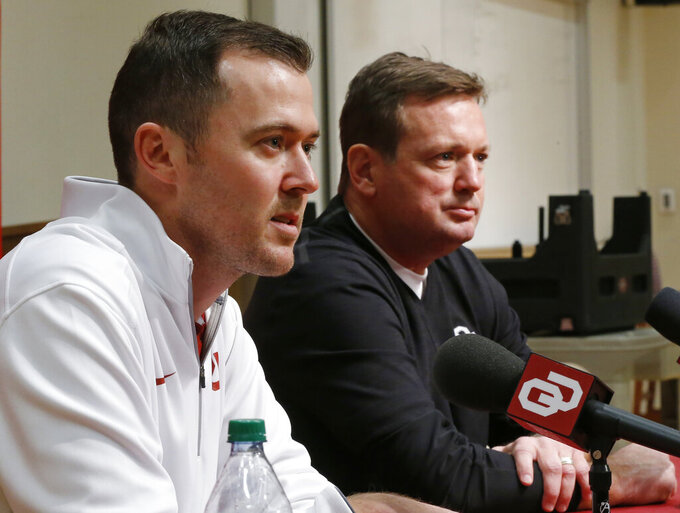 Big 12-leading Iowa State has wins over Oklahoma and Texas in the same season for the first time, and is on the verge of reaching its first conference championship game in any league.

Those might not even be the most remarkable accomplishments for the No. 12 Cyclones in a season so defined by the coronavirus pandemic.

“I think forever it will be this group’s ability to stay the course and be able to certainly stay on the field and continue to work and improve,” Iowa State coach Matt Campbell said. “I think that challenge still exists. I think that’s something that’ll be really interesting to see, if we can continue to stay the course, and I think that continues to get harder when our environment around us continues to be more of a challenge.”

The Cyclones are one of three Big 12 teams, along with Kansas State and Texas Tech, set to play the final game of their reduced 10-game regular seasons on Saturday. The Big 12 title game is two weeks after that.

Iowa State (7-2, 7-1 Big 12, No. 9 CFP) is home against West Virginia, which is coming off an unexpected open date after its home game last week against No. 13 Oklahoma was postponed because of positive COVID-19 cases in the Sooners program.

“We’ve done relatively well managing it here, but that could change at any moment,” Mountaineers coach Neal Brown said. “I’m not naive.”

Former Oklahoma coach Bob Stoops even returned to the practice field this week to help his successor, Lincoln Riley, after virus issues led the five-time defending Big 12 champions to pause team activities last week after their Nov. 21 win over Oklahoma State. Positive tests and contact tracing affected some of the assistant coaches, though Riley isn’t sure what led to the recent spike.

“We’ve stuck to our protocols throughout the year, our players, staff, everybody,” Riley said. “That’s the hard thing with this, especially with guys on college campuses. It can originate so many places and it doesn’t take much for it to really spread. It can just happen so quickly.”

While the Big 12 made it through November only having to reschedule three conference games — all the makeups are scheduled for Dec. 12 — every team has faced weekly and even daily uncertainty when it comes to which players and staff members, all being tested three times a week for COVID-19, might be available for practices or games.

“I cross my fingers each time we have tests,” Kansas State coach Chris Klieman said.

Even when not missing games, all teams have been short of players because of positive tests, contact tracing and the usual injuries of a season. TCU coach Gary Patterson said the most frustrating part is losing a player for 14 days because of close contact, even when that player continues to test negative.

The season was thrown out of whack in mid-March, before most teams had even had a spring practice session. Players spent months apart, on their own away from campus for conditioning work and only able to communicate through countless virtual meetings.

Asterisks could be put on the 2020 season for many reasons, but those could also make a conference title more significant.

“When you look back on this year, just the ability for all of these teams, and all of these coaches and all of those programs that have stayed the course and have gotten their young men to get on the field, I think just a huge win there first and foremost,” Campbell said. "So its certainly been a really challenging year from that regard, and in a lot of ways just rewarding to be able to go play the game on Saturday.”

Klieman estimated that he has used about 80 players in games this season, more than he has as a coach, along with the numerous starting combinations. Two expected Wildcats starters didn’t go to Baylor last week after positive tests the day before the game.

“Without the ability to put the starting lineup together Saturday after Saturday, just the ability to get quickly better just doesn’t happen,” said Les Miles, the 66-year-old Kansas coach who tested positive in October and skipped the game at West Virginia. “I thought that it was going to be a lot easier than it is. To play the same guys time and time again is what you want, and you don’t have that opportunity.”