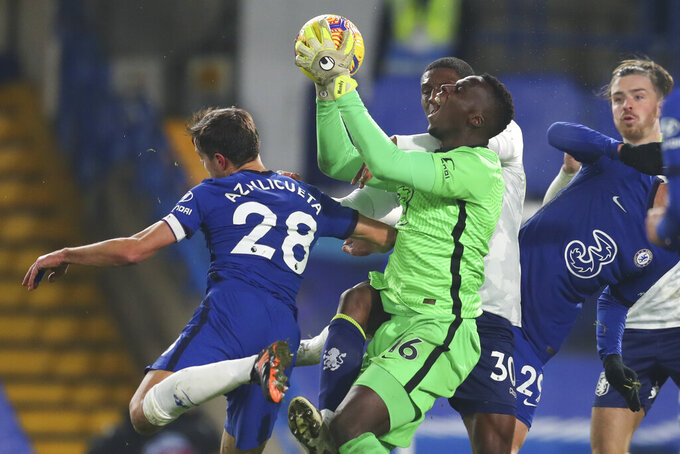 Qualification for the Champions League and surplus made “on a number of player sales” helped the west London club post a profit.

Broadcasting and matchday revenues decreased by 17.6 million pounds and 12.2 million pounds, respectively, which was primarily as a result of the suspension of the season from March 2020.

But reduced matchday costs because of games being postponed helped partially offset the losses from the pandemic.

The Stamford Bridge club decided against using the government’s coronavirus job retention furlough scheme, continuing to pay wages of full-time and temporary staff who were not required to work throughout the 2020 financial year.

The big-money summer signings of Kai Havertz, Timo Werner, Ben Chilwell and Edouard Mendy are not covered in the 2020 results as they all went through after June 30.

“In common with many, many businesses across the globe, the pandemic has had a significant impact on Chelsea’s income," Chelsea chairman Bruce Buck said on the club website. “But it is a sign of the strength and stability of our financial operation that the company was still able to post a profit in the past financial year."