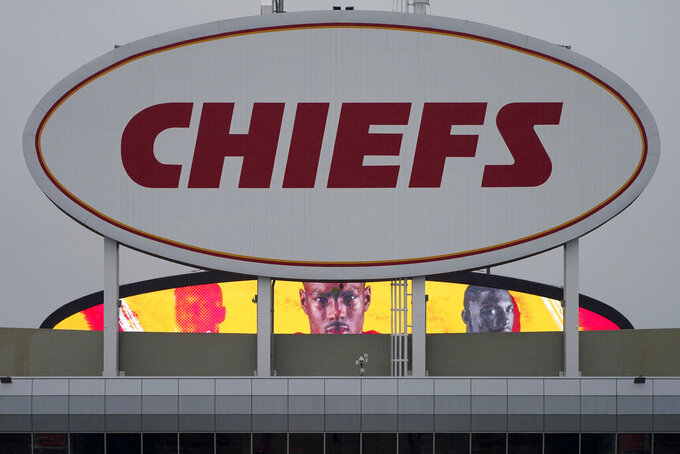 KANSAS CITY, Mo. (AP) — The Kansas City Chiefs are content to defend their Super Bowl title largely with the team that won it.

After signing a handful of veteran free agents during an offseason unlike any other, the Chiefs waived the majority of them Saturday as they trimmed down to 53 players for the start of the regular season. Among the notable names were running back DeAndre Washington, who was signed from Oakland, and former Miami safety Adrian Colbert.

Even the veterans could be back, though. The coronavirus pandemic has altered the rules for the practice squad, allowing teams to retain 16 players and up to six with accrued seasons to help deal with the potential of an outbreak.

“We tell them at the beginning, ‘Listen, not everybody is going to make our football team,’" Chiefs coach Andy Reid said, "'but make it as hard as you possibly can on us to make that decision. And don’t count the number in the line. Just go play.'"

Most of the players waived as the Chiefs trimmed from their 80-man camp roster ahead of their opener Thursday night against Houston were inexpensive fliers and undrafted free agents. That's because they spent the majority of the offseason — and the majority of their salary cap — taking care of the core group that won their first title in 50 years.

The Chiefs gave a 10-year contract extension to quarterback Patrick Mahomes that could ultimately pay him a half-billion dollars, then followed it with long-term deals for Pro Bowl defensive tackle Chris Jones and star tight end Travis Kelce.

The Chiefs waived quarterbacks Matt Moore and Jordan Ta'amu, which means they are content having just Chad Henne backing up Mahomes for Week 1. Running back Elijah McGuire lost out on a backup job to Darrel Williams, another member of the Super Bowl team, while wide receivers Jody Fortson, Maurice Ffrench, Gehrig Dieter, Justice Shelton-Mosley and Kalija Lipscomb were cut loose in favor of keeping special teams ace Marcus Kemp.

Another offensive lineman, Martinas Rankin, will start the season on the PUP list as he recovers from knee surgery.

Still, the minimal roster turnover means the Chiefs could have an advantage early in the season. Most of the team was already familiar with the playbook before the pandemic scuttled offseason workouts and all four preseason games, which are typically crucial for young and rebuilding teams as they try to polish off their rosters.

“Normally you go through the cuts and if it's a veteran player you release, you meet with him, and the young guys, you give them encouragement to move on,” Reid said. “We're going to support the guys. If they've made it this far with us, we're going to support them. If somebody calls us about them, we want them to be successful. If you're with us, you're with us, and if we can't keep you, we want you to make it somewhere else. That's this year or any year.”

The Chiefs were able to keep a couple extra players because cornerback Bashaud Breeland, who is suspended for the first four games, and defensive tackle Mike Pennel, who must sit out the first two, don't count against their 53. They also had a trio of players opt out in right guard Laurent Duvernay-Tardif, running back Damien Williams and rookie Lucas Niang.

Now, the frenzy will begin as teams begin to claim players that were waived, even though they may have to rely on game film from college and the scouting combine because there were no preseason games to scout.

“(General manager) Brett Veach has a pretty good feel with his guys for who is out there,” Reid said, “and players he has graded previously, whether it's college or pro. So he's on top of all that. I know they're working like crazy right now.”