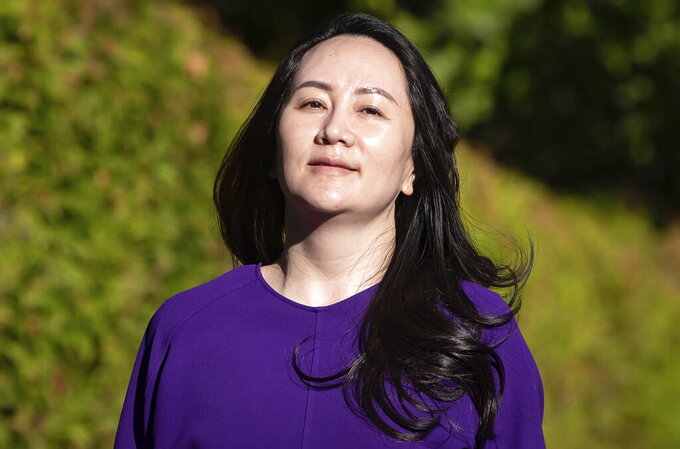 BEIJING (AP) — China on Monday denied that two Canadian citizens held for almost two years had been “arbitrarily" detained in response to Canada’s arrest of an executive of technology giant Huawei.

Foreign ministry spokesperson Zhao Lijian’s denial came days after China granted consular access to Michael Kovrig and Michael Spavor for the first time since January. Canada's government on Saturday issued a statement saying it remains “deeply concerned by the arbitrary detention by Chinese authorities” of the two, and called for their immediate release.

Zhao said China “firmly opposes the erroneous statements made by Canada” and reiterated its claim that Kovrig and Spavor were “suspected of engaging in activities that endanger China’s national security.”

“The Chinese judicial organs handle the case independently according to law. So the label of arbitrary detention cannot be pinned to the Chinese side," he told reporters at a daily briefing.

Canadian attempts to enlist other countries in pressuring China are “completely futile and will only backfire," Zhao said. On Saturday, Canadian Prime Minister Justin Trudeau and U.S. President Donald Trump discussed Kovrig's and Spavor's cases in a phone call and Trudeau expressed thanks for U.S. support.

Despite its disavowals of any connection, Beijing has repeatedly tied the detentions to the arrest of Meng Wanzhou, Huawei’s chief financial officer and the daughter of the company’s founder. The U.S. is seeking her extradition on fraud charges and the case is before Canadian courts.

“What Canada did in the case of Meng Wanzhou was arbitrary detention," Zhao said.

Bilateral ties have suffered as China has upped its demands that Canada release Meng, who was detained during a stopover in Vancouver in December 2018 and is currently living in one of her mansions in the city while fighting extradition.

Kovrig, a former diplomat, and Spavor, an entrepreneur, were detained days later. Neither had been permitted visits from consular officials amid the coronavirus pandemic.