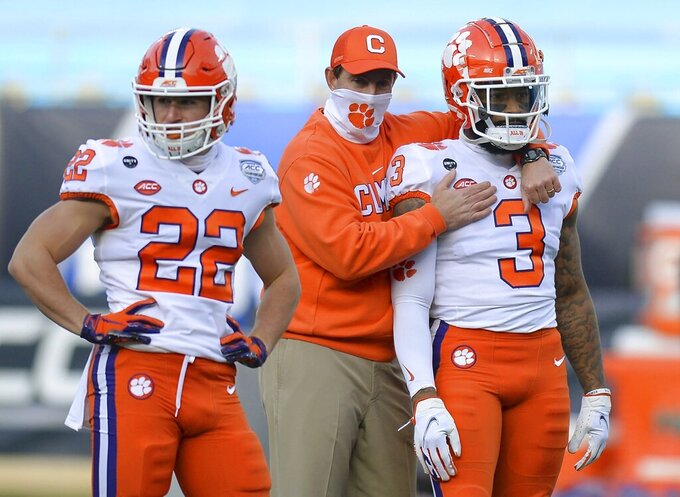 He applied that reasoning when he voted in the final Amway Coaches' rankings, placing the Tigers' College Football Playoff opponent Ohio State at No. 11.

Swinney had the Buckeyes, ranked third in both the AP and coaches' polls and by the CFP selection committee, behind two-loss teams such as Georgia and Oklahoma and Coastal Carolina (11-0) at No. 10.

Swinney had Alabama No. 1 ahead of the Tigers. Notre Dame was third with Texas A&M fourth. He had Florida fifth, with his top 10 filled out by Georgia, Cincinnati, Oklahoma, Iowa State and the Chanticleers.

Georgia coach Kirby Smart was the only other coach among the 61 voters to put Ohio State outside the top four at No. 5.