Clevinger back with Indians after COVID-related demotion 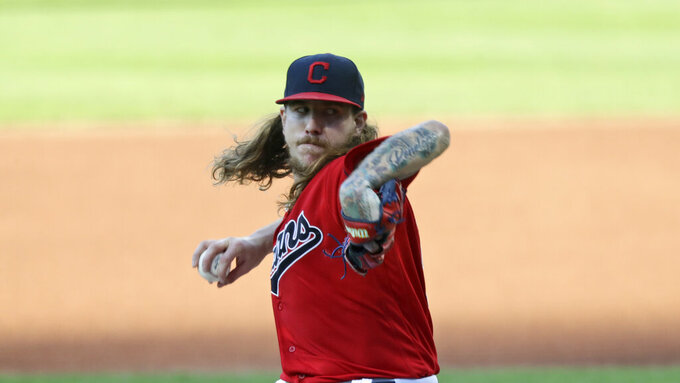 Clevinger will return and pitch the series finale against the AL Central-leading Minnesota Twins. The right-hander last pitched on Aug. 5 at Cincinnati. Three days later, he and Zach Plesac violated the team's code of conduct by going out to dinner and risking exposure to the coronavirus.

The actions of the free-spirited Clevinger drew the wrath of teammates, who expressed their unhappiness with him and Plesac during at a team meeting in Detroit. Afterward, the team optioned Clevinger and Plesac to the club's alternate training site in Eastlake, Ohio.

The Indians were most upset that Clevinger didn’t initially admit to going out in Chicago with Plesac, who was driven back to Cleveland by a car service. Clevinger flew on the team plane and potentially risked others contracting the virus if he had been exposed.

Adam Plutko, who took Clevinger's spot in the rotation, recently said his teammates “hurt us bad. They lied to us.”

Manager Terry Francona, who has been away from the team following surgery, said Clevinger and Plesac would have to work on getting back trust from their teammates.

Clevinger has been mentioned in numerous trade scenarios as the Aug. 31 deadline nears.