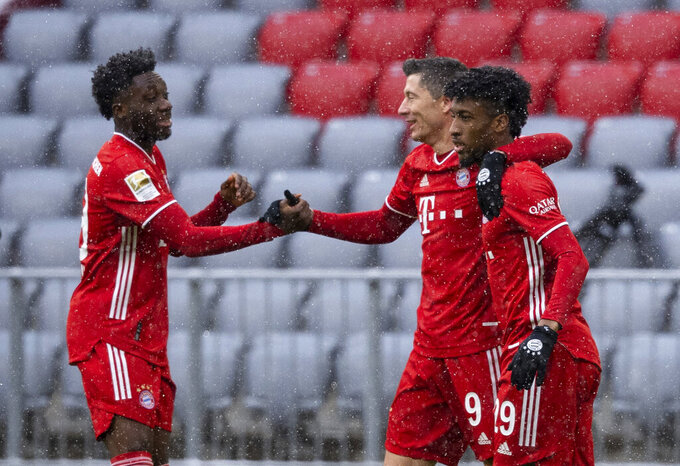 ZURICH (AP) — Bayern Munich will have to beat the champion of Africa or Qatar to reach the Club World Cup final after FIFA made the tournament draw Tuesday.

Europe’s champion gets a bye into the semi-finals of a pandemic-hit competition being played with six teams instead of seven and in 2021 instead of last December as planned.

South America’s entry into the Feb. 4-11 tournament will not be known until the Jan. 30 final of the Copa Libertadores. Palmeiras faces Santos in an all-Brazilian final at the Maracanã stadium in Rio de Janeiro.

The first FIFA tournament to be played since the coronavirus pandemic was declared has only six teams after Auckland City last week pulled out of representing Oceania.

Auckland said it could not travel to Qatar citing “COVID-19 pandemic and related quarantine measures required by the New Zealand authorities.”

The two Club World Cup venues, Education City Stadium and Ahmed bin Ali Stadium, are among the eight being used at the 2022 World Cup in Qatar.

Europe’s champion has won the Club World Cup in 12 of the past 13 editions. Chelsea lost to Corinthians of Brazil in December 2012.