Convicted US spy Pollard arrives in Israel, welcomed by PM 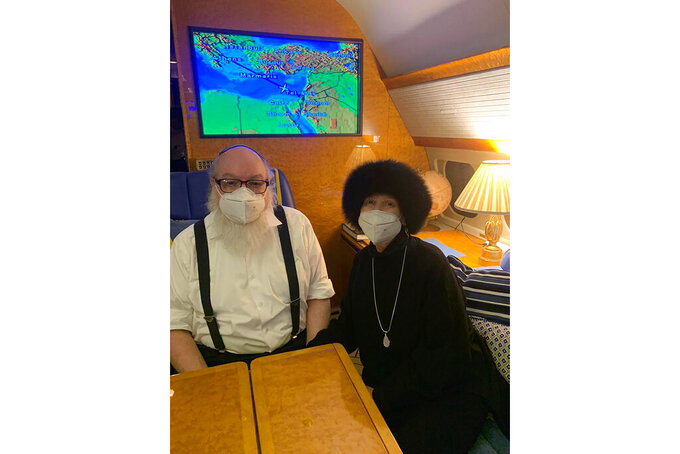 Jonathan Pollard, left, and his wife Esther sit inside a private plane provided by American casino magnate Sheldon Adelson, on route to land in Ben Gurion International airport near Tel Aviv, Israel, Wednesday, Dec. 30, 2020. Pollard, who spent 30 years in U.S. prison for spying for Israel, arrived in Israel early Wednesday with his wife, triumphantly kissing the ground as he disembarked from the aircraft in the culmination of a decades-long affair that had long strained relations between the two close allies. (AP Photo/Israel Hayom) 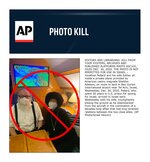 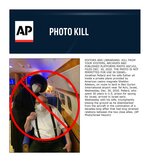 JERUSALEM (AP) — Jonathan Pollard, who spent 30 years in U.S. prison for spying for Israel, arrived in Israel early Wednesday with his wife, triumphantly kissing the ground as he disembarked from the aircraft in the culmination of a decades-long affair that had long strained relations between the two close allies.

“We are ecstatic to be home at last after 35 years,” Pollard said as he was greeted at Israel's international airport by Prime Minister Benjamin Netanyahu. The Israeli leader jubilantly presented Pollard and his wife Esther with Israeli ID cards, granting them citizenship.

Pollard arrived on a private plane provided by American casino magnate Sheldon Adelson, a billionaire supporter of both Netanyahu and President Donald Trump.

Pollard, 66, and his wife walked slowly down the steps as they exited from the aircraft. Pollard got on his knees and kissed the ground as his wife put her hand on his back with Netanyahu standing by in the darkness. Esther Pollard, who is battling cancer, then kissed the ground and was helped up by her husband.

Pollard thanked Netanyahu and the Jewish people for supporting him. “We hope to become productive citizens as soon and as quickly as possible and to get on with our lives here,” he said.

Pollard, a civilian intelligence analyst for the U.S. Navy, sold military secrets to Israel while working at the Pentagon in the 1980s. He was arrested in 1985 after trying unsuccessfully to gain asylum at the Israeli Embassy in Washington and pleaded guilty. The espionage affair embarrassed Israel and tarnished its relations with the United States for years.

Despite the damage he caused to relations with the U.S. over the years, Pollard was warmly embraced by Israel's nationalist politicians. Israeli President Reuven Rivlin welcomed him in a tweet, and lawmakers from Netanyahu's Likud party and its allies tweeted congratulations and greetings to the Pollards, who left from the airport for an undisclosed location.

"“There is no Israeli who didn’t feel excited this morning to see Pollard’s landing in Israel and the moment he kissed the country’s earth, which he had dreamed of for 35 years,” Israeli Transportation Minister Miri Regev, a close ally of Netanyahu, wrote on Twitter.

Pollard was given a life sentence and U.S. defense and intelligence officials consistently argued against his release. But after serving 30 years in federal prison, he was released on Nov. 20, 2015, and placed on a five-year parole period that ended in November. That cleared the way for him to leave the U.S.

Pollard’s arrival was first reported by Israel Hayom, a newspaper owned by Adelson. The newspaper published photos of Pollard and his wife, both wearing masks, on what it said was a private plane that arrived early Wednesday from Newark, New Jersey. It said the private flight was necessary due to the medical needs of Esther Pollard. The newspaper’s editor, Boaz Bismuth, called it “the most exciting day” of his four-decade journalism career.

Photographs of the plane with the Pollards matched the color scheme of aircraft owned by the Las Vegas Sands Corp., the hotel and casino company owned by Adelson. Flight-tracking data showed a Boeing 737 owned by the company, tail number N108MS, left Newark for Ben-Gurion International Airport outside of Tel Aviv.

Effi Lahav, head of an activist group that had campaigned for Pollard's release from prison, said Pollard's “arrival was (kept) secret since we realized it’s better to be discreet regarding his arrival.”

“We have no interest in defying anyone, for sure not ... the United States,” Lahav told The Associated Press. He called Pollard's arrival “very moving and very historic” and a moment that his organization “waited for, wished for and prayed for and acted for throughout all these years.”

The Ynet website said the couple was in quarantine, which is mandatory for all returning Israelis as a measure to guard against the spread of the coronavirus. The country has barred the arrival of all tourists, but appeared to be welcoming the couple as Israelis.

Pollard's release was the latest in a long line of diplomatic gifts given to Netanyahu by President Donald Trump. His arrival in Israel gives the embattled Netanyahu a welcome boost as he fights for reelection in March 23 parliamentary elections.

Netanyahu has been one of Trump's closest allies on the international stage. Over the past four years, Trump has recognized contested Jerusalem as Israel's capital and moved the U.S. Embassy to the holy city. In other departures from traditional U.S. positions, Trump has also recognized Israel's annexation of the Golan Heights, said that Israeli West Bank settlements are not illegal and brokered a series of diplomatic agreements between Israel and Arab nations.