Copa Libertadores final to be played at empty Maracanã 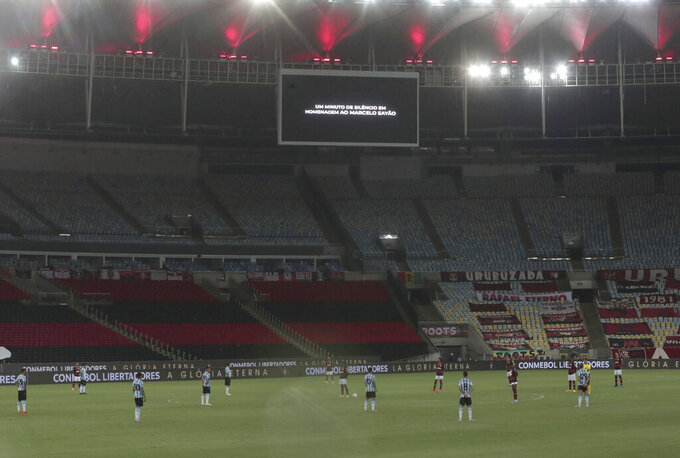 SAO PAULO (AP) — The Copa Libertadores final at Brazil's historic Maracanã stadium in Rio de Janeiro will be played without fans due to the new coronavirus pandemic.

CONMEBOL said the decision to play without fans was made together with Brazil's soccer confederation. More than 2,000 professional soccer matches have been played in Brazil since the pandemic hit the country in March.

Almost 200,000 people have died of COVID-19 in Brazil, a tally that is second only to the United States.

“The current situation of the COVID-19 pandemic, still in expansion in South America, does not allow the organization of an event of such magnitude and importance with the presence of the public, even in a reduced attendance,” CONMEBOL said.