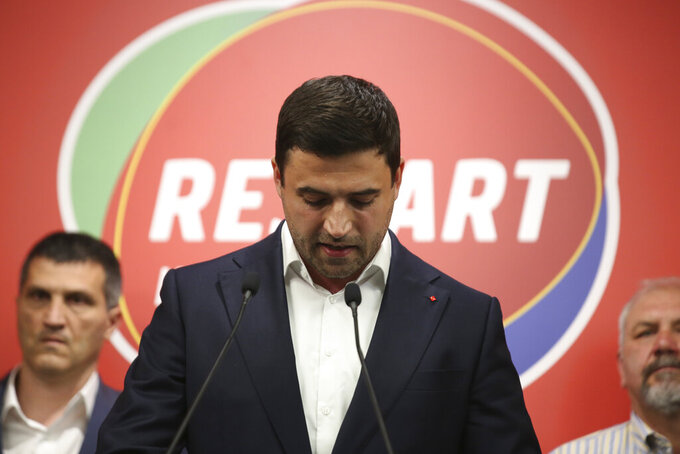 ZAGREB, Croatia (AP) — The leader of Croatia’s main liberal opposition party announced his resignation Monday, a day after a crushing defeat in the country’s parliamentary election held amid a coronavirus spike.

Davor Bernardic said he is stepping down as president of the Social Democratic Party after the vote which was convincingly won by Croatia’s ruling conservatives. He said he won’t run for the party president in an upcoming internal party election.

The conservative Croatian Democratic Union, or HDZ, party has consolidated its power in Croatia after winning 66 seats in the country’s 151-member parliament in Sunday’s election. The party didn't obtain an absolute majority and is expected to form a coalition government with smaller right-wing groups.

The election, originally scheduled for September, was called earlier by HDZ to capitalize on the popularity of the government’s coronavirus task force, which had handled the initial wave of the epidemic relatively well amid unprecedented restrictions and travel bans imposed in the country.

However, a new spike in cases which started in mid-June seemed to have melted away HDZ’s advantage and polls suggested a neck-and-neck race with no clear winner between HDZ and an SDP.

The election was also marked by the lowest-ever turnout, with less than 47% of Croatia’s 3.8 million voters casting ballots. That is explained by many voters deciding to stay away from polling stations amid the new COVID-19 wave.