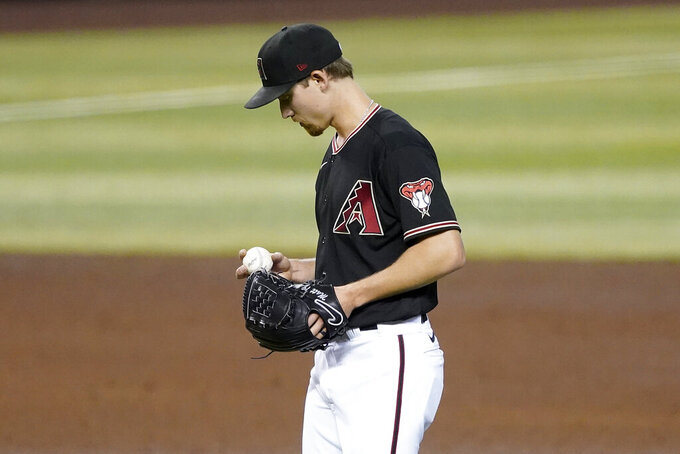 Arizona Diamondbacks starting pitcher Luke Weaver looks at the baseball after giving up a home run to the Colorado Rockies during the fourth inning of a baseball game, Saturday, Sept. 26, 2020, in Phoenix. (AP Photo/Matt York)

The 27-year-old Weaver slogged through a rough 2020 season with a 1-9 record and 6.58 ERA. He's still expected to be a big part of the starting rotation next season along with Madison Bumgarner, Zac Gallen and Merrill Kelly.

The 29-year-old Smith was acquired in a midseason trade with the Marlins. He missed a big chunk of the year, partly because of a bout with COVID-19. He returned to pitch 11 innings for the Diamondbacks and had a 2.45 ERA.