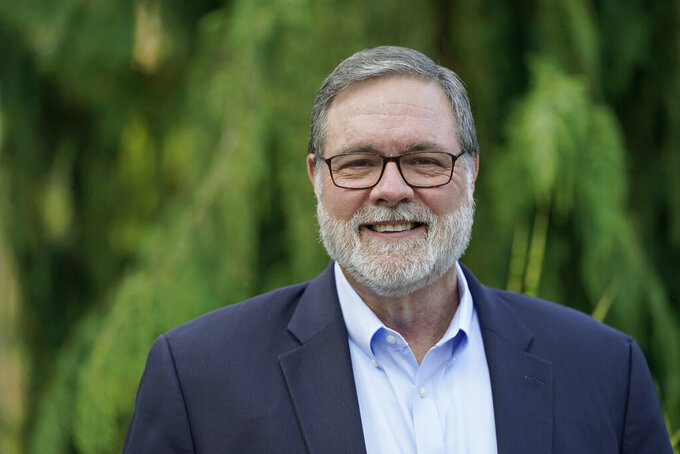 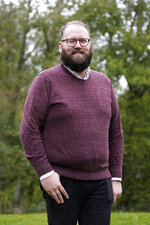 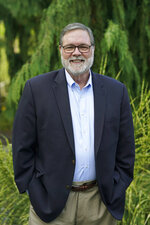 SEATTLE (AP) — The office of the Washington lieutenant governor is obscure enough that when its current occupant decamped to California to train as a Jesuit priest, the public didn’t notice.

It’s also prominent enough that the two men running to replace him believe they can use it as a platform to advance health care and higher education, protect the vulnerable, aid small business, and promote jobs and clean energy.

The candidates — both Democrats — are state Sen. Marko Liias, 39, the majority floor leader in the Senate, and retiring U.S. Rep. Denny Heck, 68, whose career in politics and public service has spanned more than four decades, including serving as a state lawmaker, chief of staff to former Gov. Booth Gardner, and co-founder and chief executive of TVW, the state’s public-affairs television station.

They advanced to the ballot after placing first and second in an 11-candidate field in Washington’s top-two primary. Heck took 25% of the vote to Liias’ 18.5%. Overall, the Democrats in the primary took nearly 55% of the vote to the Republicans’ 43%; former Bothell Mayor Josh Freed, an also-ran Republican in the governor’s primary, is mounting a write-in campaign for lieutenant governor.

The lieutenant governor serves as president of the state Senate, participates on several committees and is next in line should the governor leave office — a real possibility, considering Gov. Jay Inslee could wind up serving as Interior secretary or head of the Environmental Protection Agency in a Joe Biden administration.

Both Heck and Liias say they’re running because they want to be lieutenant governor, not governor. But if the circumstance arose, each says he’d serve until another governor was elected.

The office opened when Cyrus Habib, Washington’s first blind lieutenant governor, announced early this year he wouldn’t be running for re-election, but would instead seek to become a Roman Catholic priest. At 38, Habib appeared to have a bright future in Democratic politics, but he said he wanted to subdue his own ego and more directly serve those in need.

Habib stopped taking a salary in September, after moving to California to begin his training. Though he informed the governor, and although his office says he remotely approves documents that go out under his signature, no one informed the public of his move until The Associated Press and Northwest News Network learned about it in mid-October.

Liias is considered the more progressive of the candidates to replace him and would be the first openly gay statewide elected official in Washington. He says he hopes to bring bold, transformational change to the office, and he credits Habib with raising the office’s profile, especially in its work to promote access to higher education around the state.

Those efforts included creating a director of higher education post within the office; successfully pushing legislation to create a common college application for public institutions in Washington — a bill Liias sponsored; and helping start a public-private partnership to cover the cost of Advance Placement exams for low-income high school students.

Among the lieutenant governor’s roles is serving as chair of the Senate Rules Committee, which controls what legislation makes it to the Senate floor. Liias said he’d use that to help prioritize the creation of clean energy jobs and universal health care, for example. He also stressed his ability to work across the aisle, as he did on the state’s paid family leave and transportation measures.

The position would give him a greater statewide perch to advocate for progressive ideas than his Senate seat, he said.

“The ideas, the energy, the passion I have to make bold change, I want to bring to a statewide platform,” he said.

Habib has endorsed Liias, as has much of the Senate. Former Govs. Chris Gregoire and Gary Locke, along with former Lt. Gov. Brad Owen and most if not all the state’s daily newspapers, have endorsed Heck.

Heck’s accomplishments in the House include being the lead Democrat on the 2015 reauthorization of the Export-Import Bank, which creates jobs by financing the export of American goods, and efforts to protect Puget Sound from pollution. He announced his retirement from Congress late last year, saying his work on the investigation into Russian election interference and the impeachment inquiry of President Donald Trump had “rendered my soul weary.”

He didn’t intend to seek office again, but Habib’s surprise departure left him a chance at a job “that lies at the intersection of all these jobs and career experiences I’ve had,” Heck said. That includes his work in the private sector, where he was an early investor in the gaming and media streaming company RealNetworks and founded a digital education company that has grown from two employees to more than 300.

Given the lieutenant governor’s role in setting the tone of debate, Heck said he hopes to be “a boulder in the stream” against polarization and divisiveness in state politics.

Among the aspects of the office Heck is most excited about is leading the 13-member Legislative Committee on Economic Development and International Relations, which would give him a chance to be a “thought leader” on issues such as how to stem stormwater pollution in Puget Sound and how to promote clean energy jobs and build affordable housing to help fight climate change and the pandemic-fueled recession alike.

Heck said the prospect that Inslee could wind up in a Biden cabinet almost kept him from running. If he winds up in the governor’s office, he said, he wouldn’t run in the next election, in November 2021, because there’s no way a new governor could handle the triple crises of the pandemic, recession and state budget shortfall while also mounting a campaign.

That said, he believes the breadth and depth of his experiences make him as prepared as any lieutenant governor to fill in as governor should the situation require.

“I’m ready to do that job, and if that were to arise I would embrace my duty,” he said. “But it’s not one I hope for by any means.”