'Didn't give a damn': Inside a ravaged Spanish nursing home 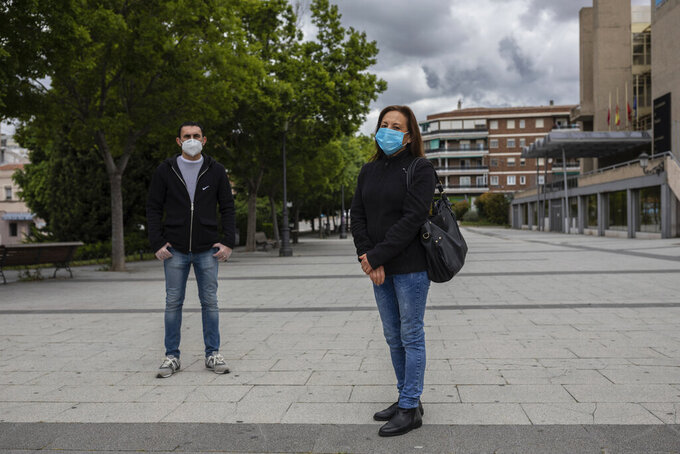 In this Friday, May 15, 2020 photo, María Mendoza, right, and Jose Manuel Martin, left, workers at the Usera Center for the Elderly, pose for portrait in Madrid, Spain. Workers at the Usera nursing home, Mendoza and Martin spoke about cost cutting and staff cuts at the Madrid nursing home where 42 people died. (AP Photo/Bernat Armangue) 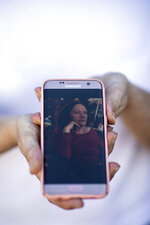 MADRID (AP) — Zoilo Patiño was just one of more than 19,000 elderly people to die of coronavirus in Spain’s nursing homes but he has come to symbolize a system of caring for the country’s most vulnerable that critics say is desperately broken.

When the Alzheimer’s-stricken 84-year-old succumbed in March on the same day 200 others died across Madrid, funeral homes were too overwhelmed to take his body and he was instead left locked in the same room, in the same bed, where he died.

Spanish army disinfecting teams going through the Usera Center for the Elderly more than 24 hours later were stunned to come across Patiño’s body and it made headlines around the world, with the country’s Defense Minister Margarita Robles describing “elderly abandoned, if not dead, on their beds.”

“What else could we have done? We didn’t even have protective gear to be able to put the body in a bag,” says José Manuel Martín, a staff member who took the soldiers through the home.

The grim find triggered soul-searching over Spain’s nursing homes, which have had more deaths than those in any other country in Europe. Much of the scrutiny has focused on government-owned homes like the Usera center, where day-to-day operations have been contracted to companies often controlled by multinational private-equity firms that seek to turn profits quickly by cutting staff, expenses — and some say care — to the bone.

An Associated Press investigation into the 160-bed nursing home where Patiño and 41 others died found widespread cost-cutting for years leading up to the pandemic and a series of questionable decisions at the height of the crisis. That included the facility allowing six crucial days to pass before complying with a government order to separate the sick from the well.

Dozens of interviews with workers, relatives and residents themselves, along with publicly available documents, painted a picture of a stripped-down version of elder care, with nurse’s assistants responsible for caring for 10 or more residents at a time, meals often cut short and some residents told to wear diapers to reduce trips to the bathroom.

The private company that operates Usera disputed AP’s reporting of poor care and declined to comment on calls by elder care watchdogs and others to reform a system that puts private-equity profit incentives on public nursing homes.

“This model is not working.” Alberto Reyero, the top Madrid regional government official in charge of elder care, warned in February, barely a month before the new virus took hold.

A cacophony of coughing echoed through the Usera center on the morning of March 12, with dozens of residents falling ill to fevers and other flu-like symptoms.

But an existing protocol in the home to deal with infectious outbreaks had yet to be activated. Masks, gloves and other protective gear weren’t mandated, and testing for COVID-19 was something employees had only seen on TV.

That morning, wearing a mask she bought herself, an auxiliary nurse set out for the top floor of the four-story, red-brick center and was confronted by the facility’s doctor.

“’Take off that crap, it’s useless,’” the nurse, who asked that her name not be used for fear of reprisal, says she was ordered. “He said all I was doing was scaring the residents.”

On March 21, the Spanish government ordered an immediate separation of nursing home residents into four groups: those infected, those with symptoms, those suspected of having had contact with a positive case and those who appeared healthy.

The order was meant to be carried out in 24 hours. But according to internal documents reviewed by AP, the separation didn’t begin until six days later.

By the end of March, 18 people had died. And twice as many would die in the following days.

Spain’s 4.5 billion-euro ($4.9 billion) eldercare industry has 373,000 elderly people in more than 5,400 nursing homes, and it has increasingly become profit-driven, with 7 out of 10 beds privately run.

Nearly 45% of the remaining public ones, around 45,000 beds, are additionally offered to be managed by private companies, the vast majority of which are backed by private-equity firms eager to get a return on typically short-term investments.

Whether these public homes, like the Usera center, were hit harder than privately owned ones in the coronavirus pandemic is not clear, since the Spanish government has yet to break down death and infection numbers by specific homes. But some of the biggest outbreaks that have been publicized are in homes that are government-owned and privately operated.

Joseba Zalakain, director of SIIS, a research center focused on social issues, says such homes in Spain are, as a rule, “centers with few resources that are very badly equipped, squeezing the idea of the low-cost so much that they are crippled to react to something like a pandemic.”

AP learned that the company contracted to run Usera, DomusVi, was told it would lose its contract in February, just days before the pandemic took hold.

Auxiliary nurse Maria Mendoza said once it became clear the company was going to be replaced, “they didn't give a damn about us.”

In an email, DomusVi, rejected all claims made to AP by workers, relatives and residents at the Usera home, saying it took measures to face the coronavirus “since the end of February,” handled Patiño’s body properly and separated residents according to their symptoms “in the stipulated time.”

ICG, the private-equity firm that invests in DomusVi among dozens of companies, defended the nursing home operator as a “high-quality business.”

Last month, over 1,000 academics and civil society leaders signed a manifesto calling for an “urgent revision” of the long-term care model and its “corresponding scenario of public funding.”

Elena Valero, whose father died of COVID-19 at Usera, said that if any good can come out of the crisis, it would be an overhaul of the elder care system in Spain.

“What we want is that the model goes from being hostels where they are fed and given a bed, run on the cheap, to residences with proper health and social care, with dignity.”