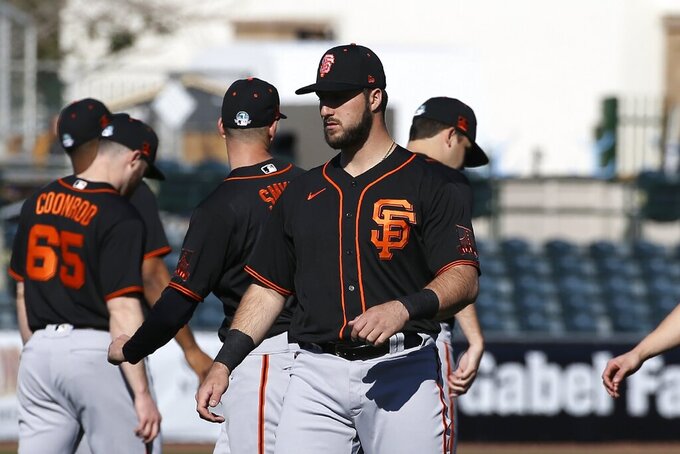 They open the pandemic-shortened season on Thursday night at home against the San Francisco Giants.

May was optioned to the team’s alternate training site earlier in the week, according to the MLB transactions page. Outfielder Terrance Gore was called up in May’s place.

Reliever Jimmy Nelson was the only player on the injured list. He had back surgery and is out for the season.

With Buster Posey opting out for family health reasons, Bart figured to be his heir apparent based on his impressive showings in camp. Instead, the Giants chose Tyler Heineman and Rob Brantly as their catchers on the 30-man roster.