Dolly Parton asks Tennessee not to put her statue at Capitol 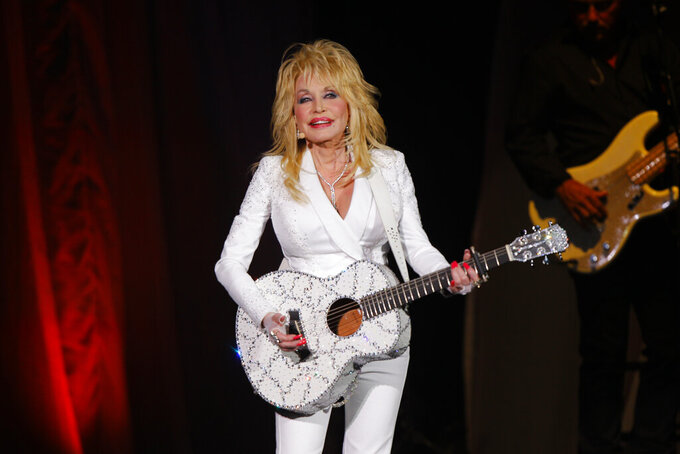 FILE - Dolly Parton performs in concert on July 31, 2015, in Nashville, Tenn. Parton is asking Tennessee lawmakers to withdraw a bill that would erect a statue of her on the Capitol grounds in Nashville. In a statement released Thursday, Parton says that given current events, she doesn't think being put on a pedestal “is appropriate at this time.” (Photo by Wade Payne/Invision/AP, File) 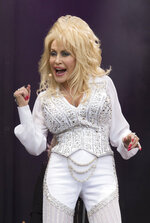 NASHVILLE, Tenn. (AP) — Dolly Parton is asking Tennessee lawmakers to withdraw a bill that would erect a statue of her on the Capitol grounds in Nashville.

“Given all that is going on in the world, I don’t think putting me on a pedestal is appropriate at this time,” Parton said in a statement issued Thursday.

Democratic Rep. John Mark Windle introduced the bill last month that aims to honor Parton “for all that she has contributed to this state."

In advocating for the statue, Windle said, “At this point in history, is there a better example, not just in America but in the world, of a leader that is (a) kind, decent, passionate human being? (She’s) a passionate person who loves everyone, and everyone loves her.”

In her Thursday statement, Parton thanked the legislature for their consideration of the bill and said she was honored and humbled by their intentions.

Although she asked lawmakers to withdraw the bill for now, Parton said "I hope, though, that somewhere down the road several years from now or perhaps after I’m gone if you still feel I deserve it, then I’m certain I will stand proud in our great State Capitol as a grateful Tennessean.”