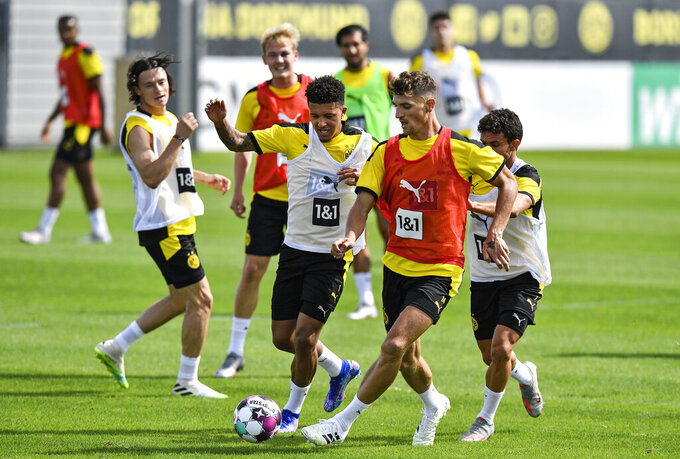 “We plan on having Jadon Sancho in our team this season, the decision is final. I think that answers all our questions,” Zorc said at the team’s training camp in Switzerland.

Zorc added that Dortmund had already given Sancho a pay rise “to match the development of his performances” last summer.

“So in context, we had already extended his contract until 2023 back then,” he said.

Sancho’s contract was originally due to run to 2022. Dortmund made no announcement regarding the one-year extension when it was made.

Sancho has been heavily linked with United in the offseason after the club qualified for next season’s Champions League. Sancho joined Dortmund from Manchester City in 2017.

Sancho was one of Dortmund’s stand-out performers last season. The 20-year-old forward scored 17 goals and set up 17 more in 32 Bundesliga appearances.

Due to circumstances caused by the coronavirus pandemic, the transfer period will run to Oct. 5. The next day is the closing date for clubs to register players for the group stages of the new season’s UEFA competitions.