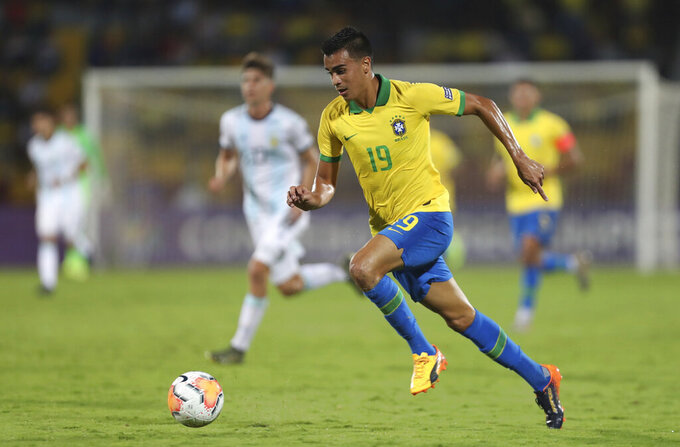 The Bundesliga club said the 18-year-old Reinier, a Brazil under-23 international, will give the attack-minded team another option going forward.

Madrid signed Reinier for a reported 30 million euros ($36 million) from Brazilian club Flamengo in January, but he did not make a competitive appearance for its senior squad. He trained with the team and made three appearances for the Spanish champion’s reserves, scoring two goals.

“We’ve been keeping tabs on the lad for over two years,” Dortmund sporting director Michael Zorc said. “In addition to his outstanding technical qualities, he also boasts a strong physical presence. Following the long break from competitive football, we’ll give him the necessary time to adapt to professional football in Germany.”

Dortmund has enjoyed a fruitful relationship with Madrid in recent years. Most recently it profited from Achraf Hakimi’s two-year loan spell from Madrid. The Morocco wing back has since joined Inter Milan.