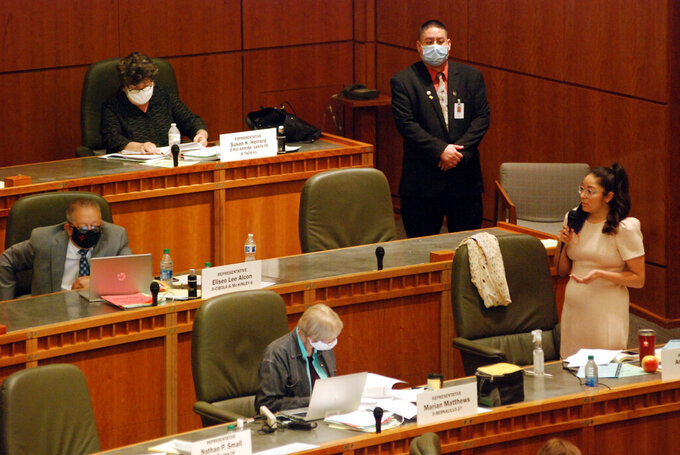 SANTA FE, N.M. (AP) — State economists are predicting a rebound in New Mexico state government income for the fiscal year that starts in July 2021, on top of multibillion-dollar financial reserves, as legislators draft a new budget amid a resurgent COVID-19 pandemic.

Economists for the Legislature and three state agencies are forecasting an increase in general fund revenues of $163 million, or 2.3%, over current annual spending obligations.

The state is likely to finish the fiscal year in July with $2.4 billion in financial reserves — equivalent to about one-third of annual general fund spending.

“It says to me, bottom line, this is pretty good news,” said Democratic state Rep. Javier Martinez of Albuquerque.

State agencies are scrapping plans for spending cuts and instead are preparing for sustained or increased spending in the fiscal year that runs from July 2021 to June 2022, Finance and Administration Secretary Debbie Romero told a panel of state lawmakers.

“We are asking analysts to come in with flat budgets for agencies, and there may be a couple, maybe a handful, of agencies that may be just above that,” Romero said.

Still, economists warn of uncertainty linked to the presidential transition, possible new federal relief and the path of the virus.

“Current economic conditions could result in a second or prolonged recession that reverses the most recent economic progress,” a Legislative Finance Committee analysis states.

Dawn Iglesias, chief staff economist at the Legislative Finance Committee, said that direct federal relief to the state bolstered state finances by about $1 billion, as state reserves have swelled to record levels.

Crucial state income from gross receipts taxes on sales and business transactions has been propped up by a variety of federal pandemic relief — ranging from supplemental unemployment checks that ran out in September to cash infusions to businesses under the federal paycheck protection program.

Iglesias told legislators that privately collected data on consumer spending shows a dramatic shift to online spending, and that revenues among small businesses statewide may be down 40% in November versus the same month in 2019. New Mexico still doesn't fully tax those sales under a phase-in of gross receipts taxes for online retailers.