Edwards outlines proposal to spend $1.6B in federal aid 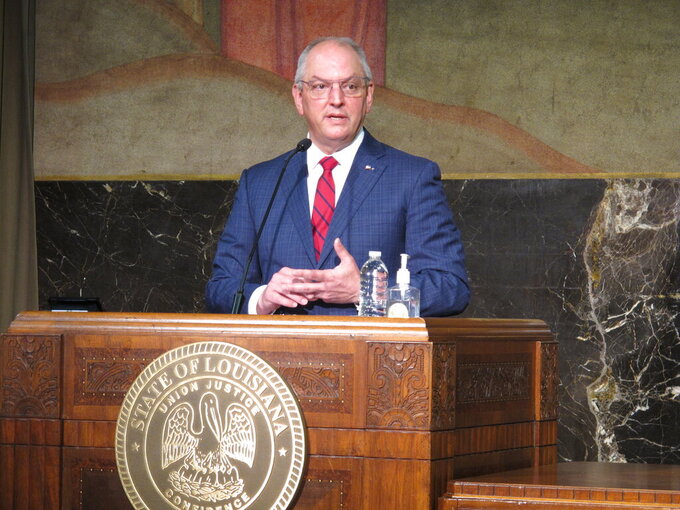 The Democratic governor already had broadly outlined his priorities for the money, but without detailing the specific amounts he'd like steered to each category. Lawmakers meeting in a two-month regular session will decide whether they support his recommendations or take an entirely different approach.

Edwards wants to earmark $630 million to address the state's bankrupt unemployment trust fund, $400 million to refill the fund and $230 million to repay federal loans used to cover jobless benefits when the fund ran out of money.

Edwards would like the remaining dollars sent to tourism marketing efforts: $125 for local convention and visitor bureaus and $20 million to the state Department of Culture, Recreation and Tourism.

The spending recommendations released by the governor would cover the first half of the $3.2 billion Louisiana state government is estimated to receive from the $1.9 trillion aid package passed by Democrats in Congress earlier this year.