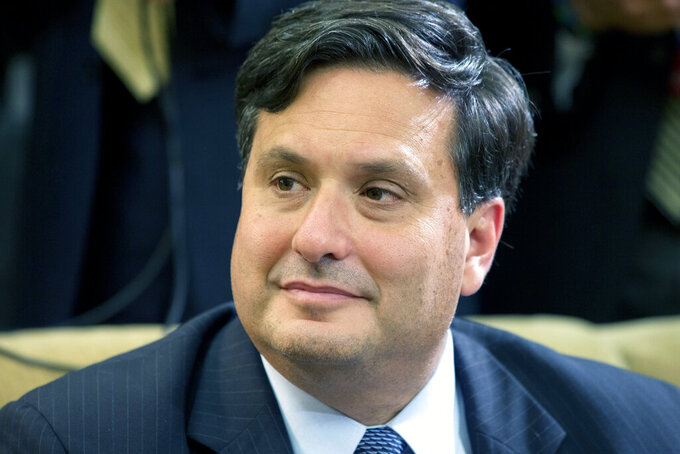 NEW CHIEF: President-elect Joe Biden has chosen his longtime adviser Ron Klain to reprise his role as his chief of staff, installing an aide with decades of experience in the top role in his White House. Klain will lead a White House likely to be consumed by the response to the coronavirus pandemic. He served as the coordinator to the Ebola health crisis in 2014. Klain also faces the challenge of working with a divided Congress that could include a Republican-led Senate.

TRUMP'S VOTERS: Across the country, many of the nearly 72 million people who voted for President Donald Trump are working through emotions in the wake of his loss to Biden. Grief, anger and shock are among the feelings being expressed by those who had assumed Trump would win. Many also are skeptical of the results, their views echoing Trump’s remarks since Election Day. This despite the fact that state officials and election experts say the 2020 election unfolded smoothly across the country and without widespread irregularities.

PENTAGON TURMOIL: Abrupt changes in the Pentagon’s top leadership have raised fears about what Trump may try to do in his final two months of office. Another concern is whether the military’s long-held apolitical nature could be upended. It’s unclear if Trump’s motive for the shakeup is to strike out against those he deemed not loyal enough or if there is a broader plan to enact policy changes Trump can tout in his final days as commander in chief.

LEGAL CHALLENGES: Trump loyalists have filed at least 15 legal challenges in Pennsylvania alone in an effort to reclaim the state’s 20 electoral votes. There’s action, too, on the legal front in Georgia, Arizona, Nevada and Michigan as the president insists without evidence that the election was stolen from him. Yet Republican and Democratic election officials nationwide say there’s been no conspiracy. Experts doubt the lawsuits can reverse the outcome in any state, let alone the election. Trump confidants have suggested the challenges are designed more to stoke his base.

QUOTABLE: “I’ve already started engaging in this area. ... And if that’s not occurring by Friday, I will step in and push and say this needs to occur so that regardless of the outcome of the election, whichever way that it goes, people can be ready for that actual task.” — Republican Sen. James Lankford of Oklahoma on resolving Biden's access to intelligence briefings.

Money to support Trump court fight could flow to president

World leaders talking to Biden about the virus, other issues