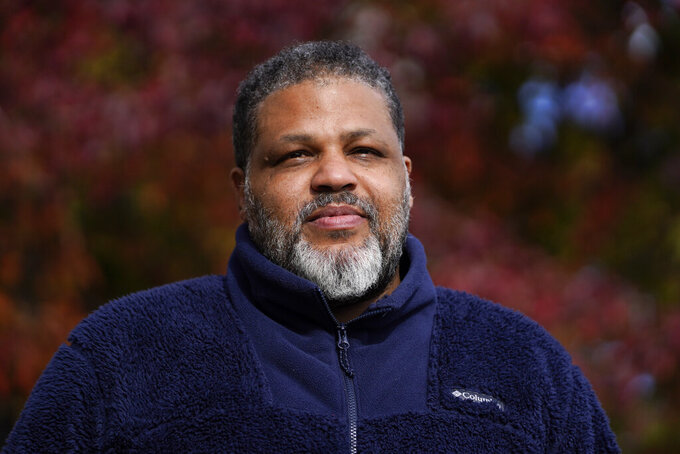 Barksdale watched with alarm as the toll of the country's racial injustice mounted. People of color bore the brunt of pandemic-related job losses. Police shot and killed Breonna Taylor inside her Kentucky home, and a Minneapolis police officer pressed a knee into George Floyd's neck for nearly eight minutes.

The convergence of the pandemic, joblessness and police brutality has forced the U.S. to confront its legacy of systemic racism. For Barksdale and many other Black Americans, it's turned next week's presidential election into a referendum on race relations, an opportunity to move toward healing or the potential of a deeper divide.

“For many years, we’ve had this commentary about how far we’ve come, but if you look at the landscape and dynamics right now of America, we’re back in the ’50s and ’60s," said Barksdale, who began leading a team of volunteers canvassing Michigan voters after his sister's death. "The reasons for protesting are the same now as they were then: for the protection of Black lives, the opportunity for Black lives and the understanding and value of Black lives.”

Black voters will be decisive in the outcome. Democrat Joe Biden is relying on strong turnout among Black voters in cities such as Detroit, Philadelphia and Milwaukee to tip critical swing states in his direction. President Donald Trump, meanwhile, is focusing on appeals to his core base of white voters.

“Another four years of Trump would completely set us back and the advancements that we’ve made towards equal rights, human rights and civil rights," said the Rev. Al Sharpton, a longtime civil rights leader. "It would take us 20 or 30 years, a generation, to get back what he would cement.”

The election-year reckoning is the culmination of centuries of inequity and racism that predate Trump's political career. But Trump has pulled at the nation's racial divide throughout his presidency, blaming “both sides” for violence between white supremacists and anti-racism protesters in Charlottesville, Virginia, and telling four Democratic congresswomen of color to go back to the “broken and crime infested” countries they came from, despite the women being American citizens.

“I fear for our communities if he retains the seat of the presidency for four more years. I also have a deep worry that his continued occupation of that seat would result in those who intend us harm who will feel that they have carte blanche to do so,” said Stacey Abrams, a voting rights activist and former Georgia gubernatorial candidate.

After a summer of nationwide unrest led to millions marching in the streets, Trump billed himself as a leader who will restore “law and order” — an attempt to appeal to white grievances and allay white suburban fears. Just this week, Trump’s presidential adviser and son-in-law Jared Kushner said the president wants to help Black Americans, but they have to “want to be successful” for his policies to work.

Biden has his own vulnerabilities on race, including the poor treatment of Anita Hill at Clarence Thomas' Supreme Court confirmation hearing and a 1994 crime bill that has been blamed for incarcerating a generation of Black men.

But Biden has put Black voters at the center of his 2020 campaign and, unlike Trump, has acknowledged systemic racism and pledged to address it.

In the final stretch of the campaign, Black voters are organizing to make sure their ballots are counted. LaTosha Brown, the co-founder of Black Voters Matter Fund, said her organization has traveled across 15 states to galvanize voters, including in rural counties and smaller cities that are often ignored.

“The reality is when I step out of these doors, we're still just Black in America, and I can be the next George Floyd. I can be the next Ahmaud Arbery. And to have a leader at the highest office not understand that racism is real in this country, it's a problem," McMillan said.

But regardless of the election's outcome, the fractures of racism and inequity have been made clear.