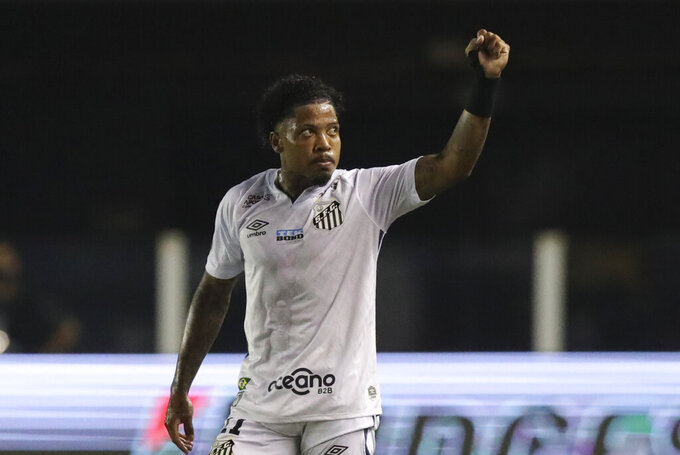 Abel Ferreira is looking to become the second Portuguese coach to win the Copa Libertadores title. He will lead Palmeiras against Santos on Saturday in an all-Brazilian — and all-Sao Paulo — final at an empty Maracanã Stadium in Rio de Janeiro.

“I feel we have all the conditions to win,” said the 42-year-old Ferreira, who took over at the club in November. “That is why I crossed the Atlantic to be here, in a big club, working to get in deciders and win.”

Last year, Jorge Jesus won the South American title as coach of another Brazilian club, Flamengo. He is now in charge at Benfica in his native Portugal.

Cuca, the coach opposing Ferreira on Saturday, has plenty of experience in the Copa Libertadores. He won the South American club title in 2013 with Atletico Mineiro.

Cuca, who was hospitalized for weeks with COVID-19 in October, said his team is ready for the final despite the possible absence of captain Alison, who is currently recovering from the same disease.

“I say we are ready because we are psychologically ready,” Cuca said. “We will do all we can and some more to win this. Only on Saturday we will know for sure if all we have is enough to be champions.”

Neymar, who now plays for Paris Saint-Germain, said Thursday he is choosing to support Santos over his boyhood team Palmeiras.

“I was (a Palmeiras fan)... Until I went to Santos at age 12. Then I fell in love with Santos and became a big fan of Robinho,” Neymar said on Twitter. “Santos gave me the opportunity to be where I am, I will always be grateful.”

The two Sao Paulo teams were bitter rivals in the 1960s, and some fans of both sides plan to travel to Rio de Janeiro to cheer from outside the stadium despite the spreading coronavirus.

Brazil has had more than 220,000 deaths linked to the virus and less than 1% of the population has been vaccinated.