England to tour Pakistan next October; 1st time since 2005 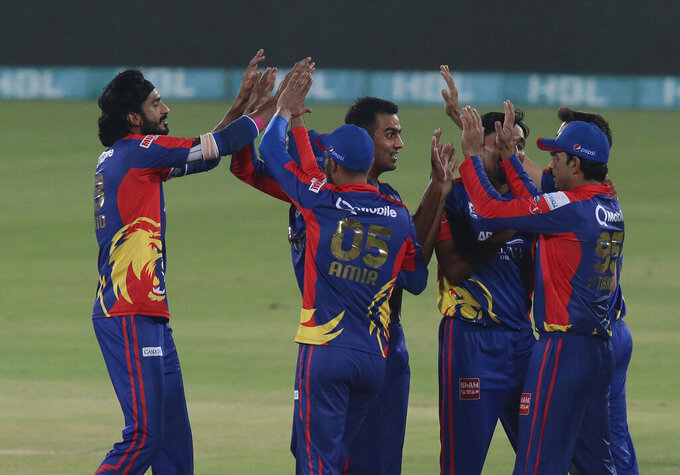 ISLAMABAD (AP) — England’s cricket team will play two Twenty20 Internationals in Karachi next October during its first tour to Pakistan since 2005.

The England and Wales Cricket Board on Wednesday said its squad will arrive in the southern port city on Oct. 12. After playing back-to-back Twenty20s on Oct. 14 and 15, both teams will fly to India on Oct. 16 for the T20 World Cup.

England hosted West Indies and Pakistan earlier this year without fans, but it announced a ticket ballot on Wednesday for next summer’s home games. Potential spectators were promised a full refund in case the games need to be played without fans next year too.

“We had an amazing summer of international cricket this year with some memorable performances, and we know how much enjoyment it brought to people whilst staying at home,” EC chief executive Tom Harrison said in a statement.

“Next year we’ve got another big international programme to look forward to… It’s an exciting prospect for England fans, and while Covid means there’s still a great deal of uncertainty, we really hope to be able to welcome fans back into the grounds safely next year to bring that unique atmosphere to stadia across the country.”

Since then Pakistan has twice hosted England — in 2012 and 2015 — in the United Arab Emirates due to security concerns over travelling to Pakistan.

Test cricket returned to the country after more than 10 years when Sri Lanka toured Pakistan late last year. International cricket was halted in Pakistan after the Sri Lanka cricket team bus was targeted in a terrorist attack in March 2009.

Despite international travel restrictions during the COVID-19 pandemic this year, Pakistan was able to tour England and play three test matches and three Twenty20s in Manchester.

“As was demonstrated this summer, we have a strong relationship with the PCB and the ECB is delighted to be able to play our part in ensuring the safe return of international cricket to this wonderful nation of passionate cricket fans,” Harrison said.

Harrison said that the ECB is working closely with the Pakistan Cricket Board to ensure safety and security of its team and “of course the situation regarding the fast-moving and ever-changing COVID-19 pandemic.”

The PCB expects England’s short tour will showcase Pakistan’s ability to host international matches and will encourage the visitors for their tour to Pakistan in 2022-23 season.

“The October 2021 T20Is will allow the leading England cricketers to access and examine the world-class arrangements we will put together, which will give them further encouragement and confidence to not only return in 2022-23, but also express their interest in the Pakistan Super League,” PCB chief executive Wasim Khan said.

Englishman Alex Hales played for the champion Karachi Kings in the PSL that ended at Karachi on Tuesday. Another Englishman, all-rounder Samit Patel, represented Lahore Qalandars, who were beaten in the final by five wickets.