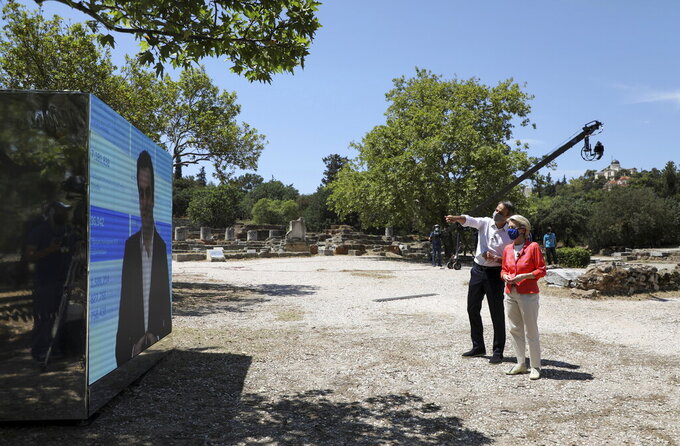 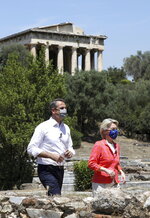 European Commission President Ursula von der Leyen formally announced the approval of Greece’s “recovery and resilience” plan at a ceremony under the Acropolis in Athens, providing 12.7 billion euros in loans and 17.8 billion euros in grants through 2026.

“Today, I’m very happy to announce that the European Commission has decided to give its green light to Greece’s recovery and resilience plan, Greece 2.0,” von der Leyen said, standing alongside Greek Prime Minister Kyriakos Mitsotakis. The approval “follows a thorough assessment by the commission” of Greece’s plans, she said.

“It's a very important moment for Greece and for Europe. Thank you so much,” Mitsotakis said.

The EU’s 800 billion-euro ($940 billion) recovery fund was set up last year to help countries deal with the significant economic contraction from lockdowns and other measures taken to tackle the coronavirus pandemic.

“Our recovery fund program is unmatched in its scale and its ambition,” von der Leyen said. “It is an exceptional response, of course for an exceptional crisis. We are reshaping our continent for decades ahead.”

Greece's tourism-reliant economy shrank by 8.2% last year, slashing output to under 170 billion euros. Debt surged past 200% of annual output, halting strong prospects for a recovery after successive international bailouts and a financial crisis that had lasted nearly a decade.

The relief funds will be funneled into a wide array of projects, including the creation of digital archives and processing for the slow-moving justice system, extending highway networks, and building a coastal cycling path network near Athens, as well as multiple renewable energy projects aimed at ending Greece's dependence on coal for electricity generation.

Von der Leyen's trip came a day after she visited Spain and Portugal to endorse those countries’ spending plans. So far, 23 of the EU’s 27 member nations have submitted their spending plans to Brussels authorities, which vet them to ensure they are in line with the bloc’s policy goals.

EU officials will follow up to check on whether the countries are abiding by their commitments.