Evers promises to preserve grants in face of less stimulus 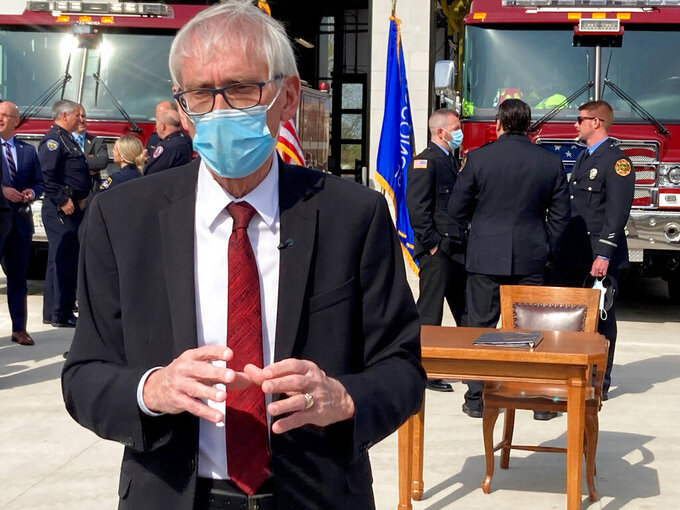 MADISON, Wis. (AP) — Gov. Tony Evers said Wednesday that the federal government's decision to send Wisconsin $700 million less in coronavirus relief dollars than first estimated could mean there will be less money for broadband expansion and the state's pandemic response.

The governor and U.S. Sen. Tammy Baldwin have asked the U.S. Treasury to consider giving the money to the state in one lump sum. Democratic U.S. Reps. Mark Pocan, Ron Kind and Gwen Moore sent their own letter to the Treasury on Wednesday opposing the reduction and asking for a lump sum.

Evers originally said he wanted to spend $2.5 billion on economic relief for families, tourism, workers and small-business owners, as well as $500 million on the continued pandemic response and $200 million on infrastructure, including broadband.

During a news conference Wednesday, Evers answered vaguely when asked about how the reduced amount would affect his plans, saying the state now has $700 million less to help it recover from the pandemic. He said the reduction “hurts” and that it may affect how much his administration can spend, but he didn't elaborate.

Evers' spokeswoman, Britt Cudaback, said the governor still plans to follow through on his pledge to spend about $620 million of the stimulus money on grants for small businesses, organizations working to eliminate racial disparities, tourism and mental health programs for children. But she said other amounts could change.