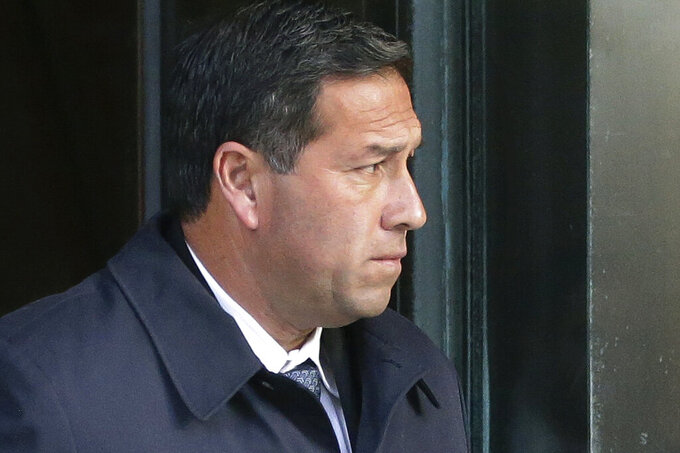 A former University of California, Los Angeles men’s soccer coach pleaded guilty Monday to accepting $200,000 in bribes to help two students get into the school as recruits.

Jorge Salcedo, 47, admitted to participating in the college admissions bribery scheme involving TV celebrities, other wealthy parents and elite universities across the country.

Salcedo was paid $100,000 to help California couple Bruce and Davina Isackson get their daughter into UCLA as a bogus soccer recruit, prosecutors said. The Isacksons have also pleaded guilty and have been cooperating with authorities in the hope of getting a lighter sentence.

Salcedo also took a $100,000 bribe from the admissions consultant at the center of the scheme, Rick Singer, to “recruit” the son of Xiaoning Sui, of Surrey, British Columbia, to his team, authorities said. Singer and Sui have also pleaded guilty.

Salcedo pleaded guilty to a racketeering conspiracy charge in a hearing held in front of a Boston federal court judge via videoconference because of the coronavirus pandemic.

U.S. District Judge Indira Talwani said she would decide whether to accept his plea deal at a later date after further review.

He’s the sixth coach to plead guilty in the high-profile case. Three other coaches are fighting the charges.

The coaches were paid in exchange for labeling students as recruits for sports they didn’t play to help them get into the schools, authorities said. Other parents paid bribes to have someone cheat on their kids entrance exams.

They include “Desperate Housewives” star Felicity Huffman, who admitted to paying $15,000 to have someone rig her daughter’s SAT score.

“Full House” actor Lori Loughlin and her fashion designer husband, Mossimo Giannulli, have pleaded guilty to paying half a million dollars to get their daughters into the University of Southern California.

The famous couple is scheduled to be sentenced in August. If the judge accepts their plea deals, Loughlin will be sentenced to two months behind bars and Giannulli will get five months.