EXPLAINER: What was with that weird Oscar ending? 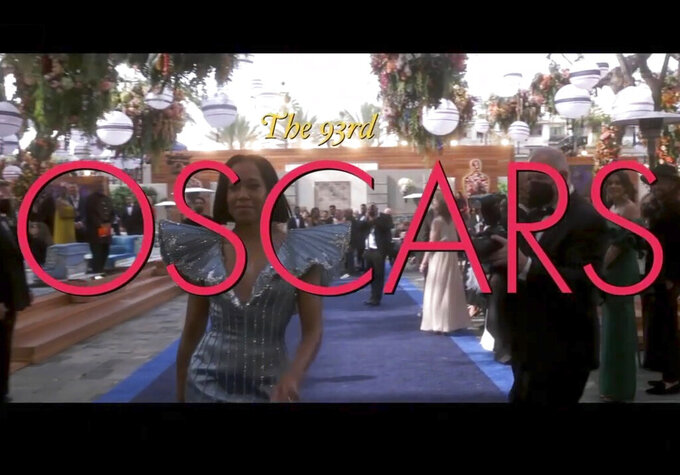 In this video image provided by ABC, Regina King is seen at the opening of the 93rd Academy Awards on Sunday, April 25, 2021. (ABC via AP) 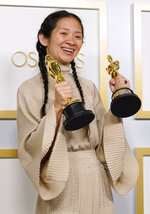 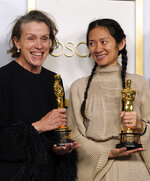 The 93rd annual Academy Awards were always going to be a bit surreal this year.

The pandemic changed many of the usual rhythms and traditions of the Oscars on Sunday night. There was a glamour-filled red carpet but no onlookers or teams of publicists. There were in-person, mask-less winners but not in the usual order, and the speeches were never drowned out with play-off music.

Compounding the differences this year was a telecast, steered by producers Steven Soderbergh, Jesse Collins and Stacy Sher, that wanted a new look and feel to an often stodgy, persistently unchanging ceremony.

But what was with that ending? How staged was Glenn Close's dance? And where, oh where, was the play-off music? Here's my best try to answer some of the nights befuddlements.

The Oscars have known more dramatic and more shambolic endings ("Envelopegate" was a mere four years ago) but this may have set a new bar for anti-climactic. You would swear someone even played a sad trombone.

Going into Sunday, the show's producers had said they wanted to take “some big swings" in the telecast. One turned out to be switching the normal awards order. Best director, usually one of the final awards, was handed out mid-show. Best picture was third-to-last and the night's final two awards were best actress and best actor. Presumably, the thinking was that best actor would go to Chadwick Boseman (he won virtually every best-actor trophy leading up to the Oscars), and thus end the ceremony on a meaningful note of tribute.

But there had been hints of an upset. Two weeks earlier, Anthony Hopkins won at the BAFTAs, an award he was also absent for — though the show managed to track him down in his native Wales to talk to the BAFTA press. The Oscars had pressed nominees to attend, if possible, or join from a remote location. But the 83-year-old Hopkins ( who became the oldest actor to win an Oscar, his second ) elected not to travel to Los Angeles or the hub in London. Knighted living legends who adore the Welsh countryside get to do that. Only the next morning did Sir Anthony, with a bucolic vista behind him, post an Instagram video of thanks, and a few words on the late Boseman. “At 83 years of age, I did not expect to get his award, I really didn't,” he said.

Posthumous Oscars are also hard to come by. There's a reason it's only happened twice before among actors (Peter Finch and Heath Ledger). For some voters, it can seem like a wasted vote, since the honoree isn't there to accept it. And one of the longest Oscar seasons ever (the ceremony was postponed two months) may have sapped some of the momentum for Boseman, who died last August; some may have felt he had been already honored by previous awards like at the Golden Globes and the Screen Actors Guild Awards. Perhaps the Independent Spirit Awards on Thursday supplied foreshadowing when Riz Ahmed ("Sound of Metal") was chosen over Boseman.

The Oscars haven't always ended with best picture, but it's been more than 40 years since another category was last. Even the best-picture winners — who usually conclude the telecast with trophies raised — weren’t expecting it.

“It surely was a surprise,” said “Nomadland” producer Dan Janvey backstage to reporters. “I think a lot of us grew up watching the Oscars and I’ve gotten used to it being last.”

But on Sunday, the category switcheroo culminated in an absent winner and a strange empty-stage finale — a fitting end to a thoroughly strange movie year.

WHERE WAS THE PLAY-OFF MUSIC?

No snark was part of the mandate of this year's Oscars, Sher said. From top to bottom, the show was a sincere celebration of cinema and the night's nominees. Introductions were lengthy and detailed. And when winners clutched their Oscars, they were given wide latitude to speak. Not once did music director Questlove turn up the music. This was partly because the show had more time. Performances of the best song nominees were pre-taped and aired during the red-carpet preshow, meaning the broadcast — which also had few comedy bits — wasn't in a race. That went with the overall tone of the show: To earnestly celebrate the artistry and craft of moviemaking. On-camera talent, Soderbergh noted before the show, only accounts for a fraction of a film set.

WHY DID FRANCES MCDORMAND HOWL?

“We give this one to our wolf," McDormand said while accepting the best picture award for “Nomadland.” McDormand, a producer as well as star of Chloé Zhao's film, let a howl that could have been a reference to her nomadic, lone wolf character in a melancholic open-road tale about the primal necessities of life. But McDormand's howl was more pointedly poignant than that. It was a way to honor Michael Wolf Snyder, the film's production sound mixer, who died in March at the age of 35. “That howling to the moon is for Wolf,” Zhao explained to members of the press. McDormand earlier said of Snyder in a statement to Variety: “Wolf recorded our heartbeats. Our every breath. For me, he is ‘Nomadland.'"

WHY DID THE SHOW LOOK DIFFERENT?

Soderbergh conceived of the telecast a movie, complete with opening credits (presenters were the cast), a slinky opening tracking shot with Regina King and all the technical aspects of film. That included a more letterbox format, a frame rate of 24 instead of the more typical television rates of 30 or 60. Whatever you thought of the show, it had to be the best looking Oscars in ages.

Well of course it was. Close did her best to suggest her knowledge of Experience Unlimited’s “Da Butt" (featured in Spike Lee's “School Daze”) was completely off the cuff, but Lil Rel Howery acknowledged during the post-show that their music trivia bit had been discussed beforehand. Still, credit the 74-year-old Close for being willing to boogie shortly after losing out on an Oscar for the eighth time — a record among living performers.