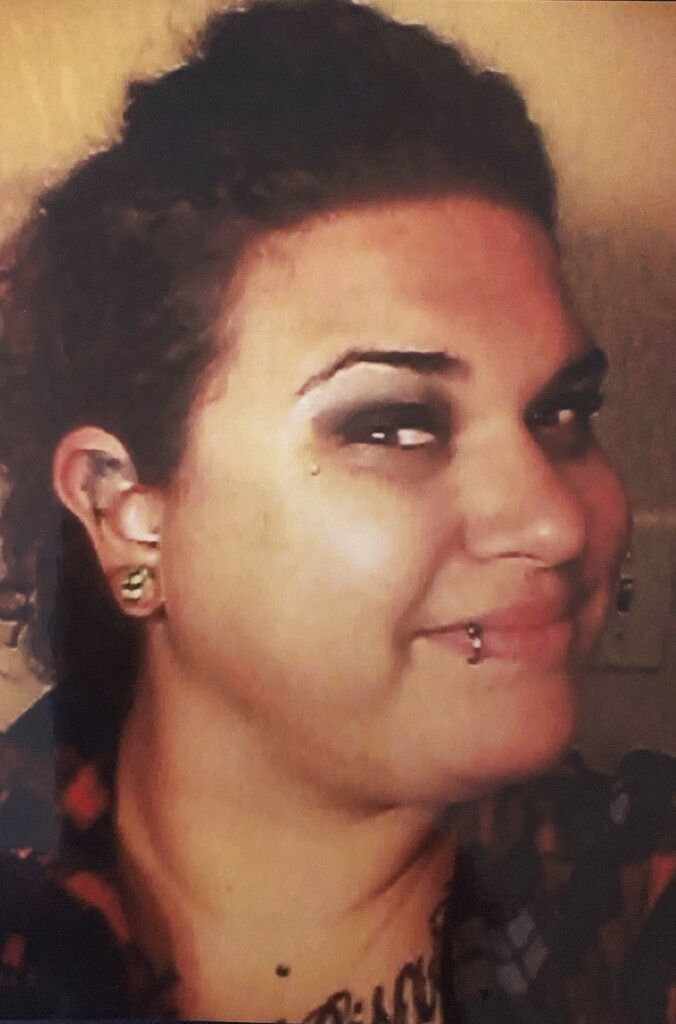 This photo provided by Justin Cave shows Rosanne Boyland. Boyland, from Kennesaw, Ga., was one of three people who died of medical emergencies during the violence inside and outside the Capitol in Washington on Wednesday, Jan. 6, 2021. A friend said Boyland was pinned to the ground and trampled during a violent clash between rioters and police. (Justin Cave via AP)

KENNESAW, Ga. (AP) — Before she died in Wednesday’s siege at the U.S. Capitol, Rosanne Boyland was a recovering drug addict who wanted to become a sobriety counselor. But she also believed, wrongly, that President Donald Trump won the November election, and she'd begun following a dark conspiracy theory that has circulated online, her family said.

“It just spiraled,” her sister, Lonna Cave, said Friday outside her home in suburban Atlanta.

Boyland, 34, was one of three people who died of medical emergencies when a pro-Trump mob, egged on by the president, stormed the Capitol as Congress was certifying President-elect Joe Biden’s victory. A fourth person was fatally shot by police and an officer was also killed.

Capitol police have not released details about how Boyland, a Kennesaw resident, died.

Cave said the family has heard conflicting accounts. A friend who was with her said Boyland was pinned to the ground and trampled during a violent clash between rioters and police. But her sister said a police detective told the family Boyland had collapsed while standing off to the side in the Capitol Rotunda.

Cave said her sister had no intention of committing violence when she traveled to Washington. The family had begged her not to go.

“She promised me, ‘I’m going to stand on the sidelines. I’m just going to show my support,' ” Cave told The Associated Press.

Boyland was arrested multiple times on drug offenses, but had been sober for several years and found new purpose in politics, Nicholas Stamathis, a friend of hers from Kennesaw, told AP.

“She got clean and sober and stopped blaming other people for her problems and got real conservative,” Stamathis said of his friend, whom he called “Rosie.”

She attended meetings of an addiction group in Atlanta and picked up her young nieces every day from school, her sister said.

“My own personal belief is that I believe that the president’s words and rhetoric incited a riot (Wednesday) that killed four of his biggest fans,” said Cave, a former host of the HGTV show “Ground Breakers."

The sisters also clashed over Boyland's political views and the QAnon myth, which includes wild allegations of a child sex ring. Boyland had begun following the conspiracy theory over the past six months, Lonna Cave said.

Boyland explored its baseless accusations that online furniture retailer Wayfair was part of the fictional ring, her sister said, and her faith in conspiracies spiraled from there.

“She would text me some things, and I would be like, ‘Let me fact-check that.’ And I'd sit there and I'd be like, 'Well, I don't think that's actually right,'" Lonna Cave, 39, said. “We got in fights about it, arguments.”

Boyland's Facebook page featured photos and videos praising Trump and promoting fantasies, including one theory that a shadowy group was using the coronavirus to steal elections.

While they hadn’t seen each other in years, Stamathis said they chatted over Facebook Messenger regularly. A week or two ago, they had traded memes “of liberals losing their mind” online.

“Making fun of liberals together, we bonded over that a lot," he said.

Boyland’s friend, Justin Winchell, said Boyland was pinned to the ground when bodies of police and protesters pushed against each other. People began falling and then trampling one another, Winchell told WGCL-TV in Atlanta.

“I put my arm underneath her and was pulling her out and then another guy fell on top of her, and another guy was just walking (on top of her),” Winchell said. “There were people stacked two- to three-deep … people just crushed.

The two others who died of medical emergencies are Kevin Greeson, 55, of Athens, Alabama and Benjamin Philips, 50, of Ringtown, Pennsylvania. Ashli Babbitt, 35, of San Diego, was fatally shot by police as she tried to climb through the broken window of a barricaded doorway inside the Capitol.

Capitol Police Officer Brian D. Sicknick was hit in the head with a fire extinguisher, according to law enforcement officials who spoke on the condition of anonymity because they were not authorized to discuss the ongoing investigation publicly. He died at a hospital.

Boyland’s final post on Twitter — a retweet of a post from Dan Scavino, the White House social media director — was a picture of thousands of people surrounding the Washington Monument on Wednesday. The photo was taken before Trump, in a speech there, repeated his unfounded claims of election fraud and incited demonstrators to go to the Capitol as lawmakers debated the electoral votes.

Boyland's family has received multiple threats since her death. They blame Trump for the violence, believing she got caught up in the president's lies about the election.

“It cost her her life,” Lonna Cave said.

Dazio reported from Los Angeles and Martin from Marietta, Georgia.