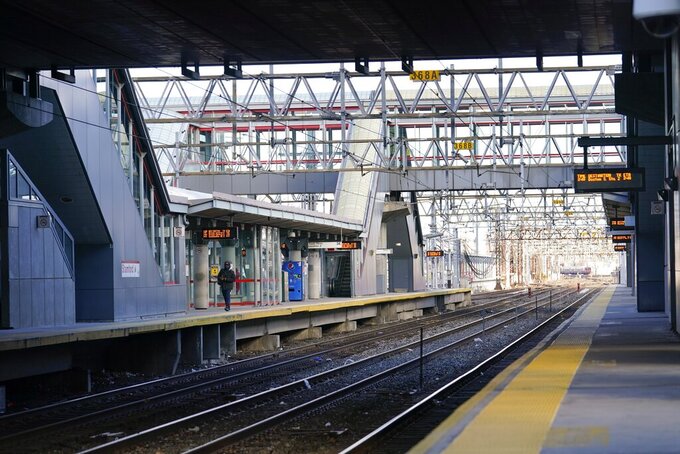 Angel Garcia, a single father approved for a mortgage loan of $300,000, had high hopes in early 2020 of finding a house he could afford in his hometown of Stamford, Connecticut.

Then the COVID-19 pandemic hit. Within months, New Yorkers began fleeing the city and the surrounding area, snapping up houses. Home prices that already had been out of reach for many jumped higher. Garcia, who oversees security at Stamford's government building, ended the year still living with his 3-year-old daughter in a Stamford rental.

“It’s so hard with all the competition out here and the prices, as they are now. They were already expensive,” said Garcia, who has a second job as a security guard.

An influx of people relocating to the state and in particular Fairfield County, on the New York state line, has been celebrated by many including Gov. Ned Lamont, who said in his State of the State address last week that it showed a desire for more spacious living arrangements and an appreciation of “Connecticut values.”

But it also has made it more difficult for many to find affordable housing in an area that rates among the country's most unequal places in terms of income levels.

A shortage of affordable homes is being worsened by newcomers who often are buying homes quickly and with cash, said Joan Carty, president and chief executive officer of the Stamford-based Housing Development Fund, a nonprofit that finances development of affordable housing and provides loans to first-time homebuyers.

“We absolutely can see it. And it’s just making, I think, the level of inequity more glaringly obvious,” she said.

One day late last month, there were just five single-family houses for sale under $400,000, with the lowest priced at $325,000, in Stamford, which is 52 square miles (134 square kilometers) and is considered more affordable than other Fairfield County communities, said Tammy Felenstein, executive vice president and managing director of sales at Brown Harris Stevens Connecticut LLC in Stamford.

“You hear stories, ‘Oh, this couple have lost three homes. They’ve been outbid every time.’ And that definitely happens,” said Felenstein. She said her brokers are “dying for inventory” in Stamford, a place that can seem like a bargain to many from New York City.

In metro areas across the country, big-city dwellers relocated this year to smaller cities, according to Updater, a relocation technology company that has tracked national moving trends during the pandemic. Connecticut saw more people move into it than out of it for the first time in three years, according to Updater, which said Stamford was the top destination for relocating New Yorkers.

Thomas Madden, director of economic development for Stamford, said that in a typical month before the pandemic, there were roughly $80 million to $110 million in housing sales. That shot up to $146 million in August, $152 million in September and $157 million in November.

Lamont, a Democrat, noted in his address the advantages of the influx.

“There are many reasons young families and new businesses are giving us a second look and choosing Connecticut,” Lamont said, suggesting people may be drawn to the state’s schools, city and town centers that offer “some of the best and safest outdoor dining experiences in the country,” or the ability to quarantine in a small backyard rather than a small apartment.

“Whatever the reason,” Lamont said, “tens of thousands of young families have moved to the state for the first time in a generation because they recognize and appreciate our Connecticut values.”

In the same address, he pledged to expand his administration's “commitment to affordable housing.”

Max Reiss, the governor's spokesperson, said that while Lamont believes a competitive housing market is good for the state's overall economy, he doesn't believe access to home ownership should be out of reach because of one housing boom — and that's why he supports adequate funding for state housing assistance programs.

Stamford Mayor David Martin, a Democrat, said more rental options soon will be available, and he noted a push to finish the construction of apartment complexes that were approved before the pandemic hit. City zoning rules require at least 10% of all new complexes with 10 or more units to be affordable.

“They’re anxious to get those buildings up because right now it’s an attractive market. And when they come online, it will provide some more affordable units,” he said. “We actually have built more affordable units in the last five to 10 years in Stamford than any other municipality in the state.”

Before the pandemic, 38% of Fairfield County residents spent more than half of their monthly income on housing, said Mendi Blue-Pace, chief community impact officer at Fairfield County’s Community Foundation. While the current trend likely will price out more potential buyers, Blue-Pace expressed optimism the new residents will have a positive impact.

“There’s hope that there’s a new set of people who can be engaged in philanthropy, potentially,” she said. “We would like to certainly connect to a lot of these new residents who are moving into the county and may have an interest in addressing social issues and taking some of their disposable income and directing it towards all the need that does exist in the county.”