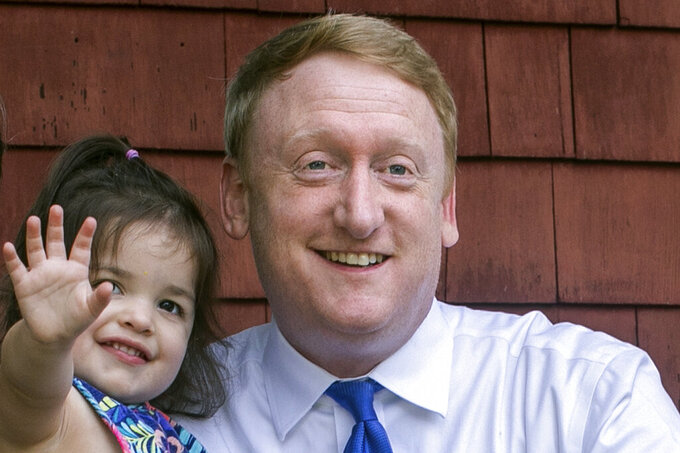 Feltes, the state Senate majority leader, defeated Executive Councilor Andru Volinsky, a fellow attorney best known for representing struggling communities in a landmark education funding lawsuit in the 1990s. But Feltes cast himself as the true champion of working families, citing his early career work as a legal aid attorney.

The Democratic gubernatorial primary had been too early to call until Wednesday morning, though Feltes claimed victory Tuesday night. He insisted he could beat Sununu, despite the governor's popularity. A recent Granite State Poll conducted by the UNH Survey Center showed seven in 10 voters approve of Sununu’s overall job performance and three-quarters approve of his handling of the coronavirus pandemic.

“I know the pollsters and the pundits think this a long shot, but we’ve proved them wrong before and I believe in the people, not the pundits,” Feltes said.

But even some of his supporters seemed skeptical. Steve Holdsworth, a Democrat from Concord, said he voted for Feltes but wasn't sure he could beat Sununu.

In Hopkinton, Democrat Rob Buelte said he voted for Feltes but will vote for Sununu in November.

“I think he’s more moderate, which I think is important, because if you have extremes, nothing gets done," he said.

Feltes also emphasized his record in the Senate, where he helped pass a state budget that included the biggest increase in education funding in two decades and sponsored legislation on paid family medical leave, clean energy and worker protection. But many of his bills were vetoed by Sununu, including the paid leave bill Republicans characterized as an income tax.

“With the dust finally settled from their bitter intra-party squabbling, New Hampshire Democrats today nominated a candidate for governor whose only claim to fame is trying — and failing — to force an income tax on Granite State families, not once, but twice," Sununu campaign manager Paul Collins said in a statement. "Dan Feltes has never managed anything in his life and is clearly unprepared to lead our state.”

While Feltes took the traditional pledge to veto a sales or income tax, Volinsky said all options should be on the table to boost funding for education and lower property taxes. At a news conference Wednesday, Volinsky said his refusal to take the pledge made him competitive rather than costing him the nomination.

“Adults in our state can finally have the conversation we should’ve had for decades about how we raise money for our schools, protect our vulnerable seniors, and help businesses start and grow,” said Volinsky, who also promised to help Feltes campaign. “The pledge is broken and gone.”

Sununu, who is seeking a third term, easily defeated two longshot candidates Tuesday. On Wednesday, he picked up the endorsement of the Professional Firefighters of New Hampshire, who have endorsed Democrats in previous years. Though he supports President Donald Trump, Sununu did not attend the president’s recent rally in Londonderry beyond greeting him as he arrived.

Trump has endorsed Messner and Mowers, and the latter won the backing Wednesday of two police unions in Manchester. Pappas, meanwhile, announced the endorsement of more than 100 Republicans, former Republicans and independents and emphasized his bipartisan work in Congress.