Germany sees drop in crime during 1st year of pandemic 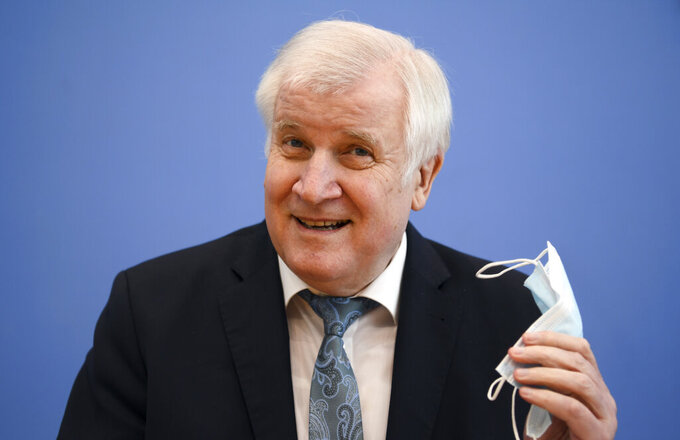 BERLIN (AP) — Germany saw a drop in reported crime last year, partly due to pandemic restrictions that kept people indoors, although there was a rise in child abuse, domestic violence and cybercrime.

The country's top security official, Horst Seehofer, said Thursday some 5.3 million crimes were reported in Germany in 2020. That's a decrease of 2.3% compared to the previous year — driven by a significant drop in burglaries, robberies and auto thefts — continuing a downward trend since 2016, when the number of reported cases was about 6.3 million.

“The development is decidedly positive,” Seehofer told reporters in Berlin, adding that the case numbers had fallen even as Germany's population grew.

However, he noted that there was a rise in child abuse, cybercrime, fraud related to coronavirus support measures and in domestic violence. While violent crimes as a whole were down 2.4% compared with 2019, the number of homicides in Germany rose by 3.7% to 2,401 in 2020.

Seehofer said that he favors strong police crackdowns against anti-lockdown protesters who openly flout rules at protests, and said he expects Germany's domestic intelligence agency to increase its scrutiny of such groupings.

An administrative court in Stuttgart on Thursday confirmed a ban on two anti-lockdown protests scheduled to take place in the southwestern city Saturday.

Judges said that in light of rising COVID-19 infections in Germany, the gathering posed a threat to the health of those participating and to others. They questioned the assurances of protest organizers that participants would adhere to social distancing rules, noting that these had been ignored in the past.

The ruling can be appealed.