Get in the holiday mood with Carrie Underwood, Dolly Parton 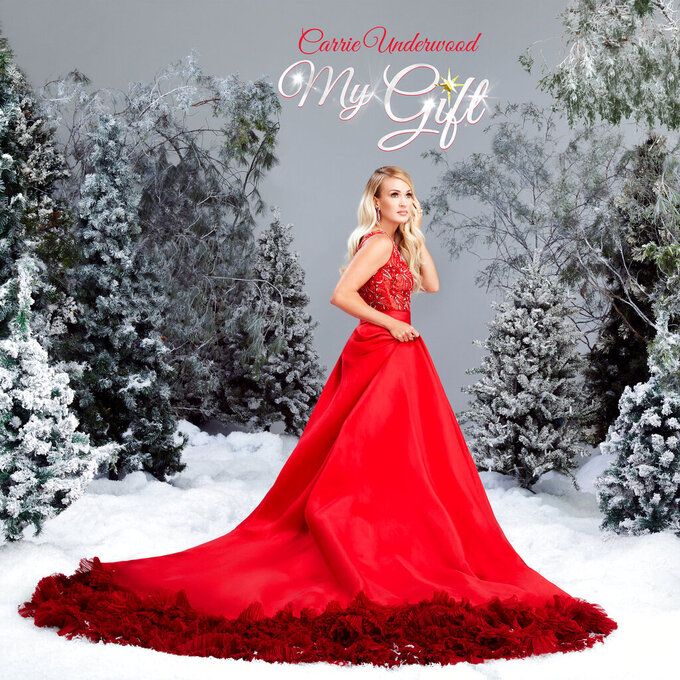 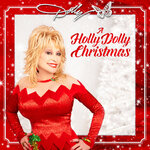 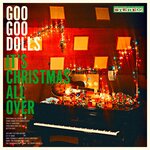 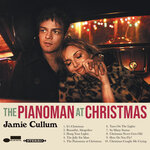 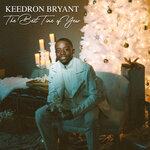 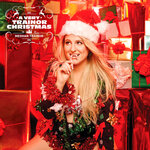 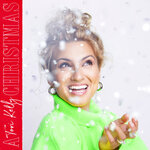 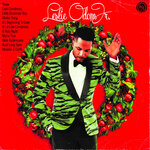 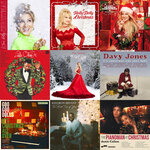 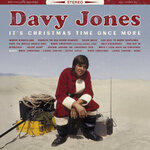 Here’s a collection of 2020 holiday albums reviewed by The Associated Press.

Carrie Underwood takes fans to church with her first holiday album “My Gift,” a set of hymns and traditional Christmas classics that invoke the spiritual and religious themes of the season.

Underwood’s interpretations of songs like “Silent Night” and “O Holy Night” are simply produced with lush strings, allowing her to showcase her vibrato as she soars to the top of her range. You could imagine yourself in a pew, head bowed as you listened to her sing “Joyful, Joyful, We Adore Thee,” and all would be missing is a children’s choir and the smell of incense.

But while Underwood could probably sing the Bible and sound great, the album’s more interesting tracks are original songs, including “Let There Be Peace,” a song she co-wrote where she’s backed by a choir on a rousing R&B gospel track.

On one of the album’s 11 tracks, Underwood is joined on “Little Drummer Boy” by her 5-year-old son Isaiah, whose singing about “pah-wump-pah-pah-pump” and “dwums” is adorably cute, but it borders on saccharine.

But the best song is her duet with John Legend on an original called “Hallelujah,” which Legend co-wrote. These two Grammy winners push each other to new and impressive heights as they raise their voices to the heavens. More of that please.

Leave it to Dolly Parton to know just how to brighten up pandemic blues with a full dose of cheery holiday nostalgia.

Her first Christmas album in 30 years sounds like it could have been made decades ago — even if she recorded it masked, gloved and appropriately socially distanced this past summer.

Despite touches of pop culture — Jimmy Fallon and Miley Cyrus are among her duet partners — the feeling is more Sinatra and Nat King Cole.

“All I Want for Christmas Is You” delivers a flirty duet with Fallon as the two playfully trade gushy confessions and Parton teases at the end: “Oh, you sexy boy.”

Several tunes are Parton originals, including “Christmas on the Square,” also the title of her new Netflix holiday musical. It’s a delightfully hokey offering, a vision of friends and families gathering for singing, dancing, snowball fights and other nostalgic fare. That may all be off the table this holiday season, but Parton at least gives us a welcome taste.

Put down that eggnog and go to Spotify right now: The winner of the best Christmas album of 2020 is clearly Meghan Trainor.

The 18-track “A Very Trainor Christmas” is a marvel, a multi-textured triumph led by Trainor’s warm, retro and soulful voice — perfect for a holiday album.

It boasts six excellent originals alongside smart covers of such songs as “Last Christmas” by Wham! and a ukulele-led “Winter Wonderland.” Trainor has somehow infused new energy and verve to old chestnuts. Her ‘60s-meets-2020 “Sleigh Ride” is like hearing a new song and her “Silent Night” is churchlike, respectfully glorious.

Trainor has her family join her for some songs — cousins and her dad — and Earth, Wind & Fire stop by to help on an old-school, propulsive funky “Holidays.” (Seth MacFarlane is the album’s only odd note, taking himself far too seriously in a version of “White Christmas”).

Of the clutch of new songs, there’s the gloriously funky-EDM “I Believe in Santa,” the trop-pop “Naughty List,” the sad violin ballad “Christmas Got Me Blue” and the gleeful “Christmas Party.”

America, rejoice: We just got a great early Christmas present.

What is one thing you can count on when a Broadway star creates a holiday album? The vocals will not disappoint.

Tony and Grammy winner Leslie Odom, Jr. has delivered a vibrant melting pot of holiday classics and original songs with “The Christmas Album.”

Odom’s voice lends itself well to multi-genre music, making him an ideal candidate to bring forth some holiday cheer. From his jazzy rendition of “It’s Beginning to Look a Lot Like Christmas” to the pop-forward “Last Christmas,” his album is — simply put — easy listening.

Among the traditional yuletide tunes, most of his holiday covers are close in sound to their predecessors. But the “Hamilton” star brings a unique South African influence to “Little Drummer Boy” with the help of the Mzansi Youth Choir, and strips down the New Year’s Eve classic “Auld Lang Syne” to create tenderness.

Not exclusively limited to Christmas songs, Odom delivers a brilliant, intimate performance of “Ma’oz Tzur,” accompanied by his wife, Nicolette Robinson, and a piano.

“The Christmas Album” celebrates diversity and comfort in a year when both are sorely needed.

The title is misleading, because Jamie Cullum is more of a big band crooner than piano player on this set of 10 tunes he wrote in lockdown this spring.

The arrangements are pandemic-defying, with 57 musicians by Cullum’s count, and they make “The Pianoman at Christmas” swing and soar. Horns and string orchestra trade off and blend beautifully, providing a broad canvas for Cullum to explore a range of holiday moods.

Included are two tunes each about Santa, Christmas lights and the holiday blues. There’s also a cuddle song, and the topical, timely opener “It’s Christmas,” where a merry Cullum sings, “Shove your petty differences right up the chimney, please.”

All of the songs are secular. “Don’t care about a savior,” Cullum sings on the title cut. “Just want to hold onto you.”

A few lyrics could have benefited from more time in the workshop. “The Jolly Fat Man” is jazzy fun, but Cullum tries unsuccessfully to rhyme hat with dispatch and relax with back.

Nonetheless, he captures the spirit of the season. More than once Cullum belts a long note, and it’s easy to visualize him, head back and arms outstretched, happy to embrace the end of this awful year.

Kenneth “Babyface” Edmonds is easily one of the greatest music producers and songwriters of all time. So him in the producer’s chair plus Grammy-winning vocalist Tori Kelly in the vocal booth equals STUNNING, SENSATIONAL, EXTRAORDINARY and PHENOMENAL.

Kelly is a top notch performer throughout “A Tori Kelly Christmas,” which features traditional classics like “Silent Night,” “O Holy Night” and “Joy to the World,” where her vocals will instantly transport you to a church that people not only attend to praise and worship, but to also hear beautiful and exquisite music.

Even the original tracks are cute and pleasant, including “Gift That Keeps on Giving” and “25th,” where Kelly sings sweet lyrics like “no more silent nights/I’ll be by your side” and “got nothing on my list/don’t you know my only wish is to hold you on the 25th?”

She closes the album with an excellent and clean cover of Leonard Cohen’s “Hallelujah,” and it is so good we’re sure Cohen is smiling from above with his approval.

It’s hard to write a Christmas song and it’s doubly hard writing about a bad kid on Christmas, but Goo Goo Dolls have done it.

The rockabilly “You Ain’t Getting Nothin’” is an unexpected and super step on the band’s solid first holiday record, “It’s Christmas All Over.”

“You picked Santa’s pocket/And you stole his reindeer/You’re only 8 years old/I caught you drinking beer,” frontman John Rzeznik sings about someone who should be getting coal in their stocking.

It’s one of two originals — and one reworking — on a 10-track album filled with jazzy covers of iconic holiday songs such as “Let It Snow” and “Have Yourself a Merry Little Christmas.” The title comes from a Tom Petty tune, which is respectfully covered.

The other original is “This Is Christmas,” which has that beautiful melancholy the Goo Goo Dolls are known for. It earns its right to be a holiday classic of its own.

The reworked song is “Better Days,” a wistful ode to peace from the band's 2006 album “Let Love In.” Here, it has been rebuilt with a child’s voice (the daughter of Jimmy McGorman, the band’s longtime collaborator). It’s powerfully affecting — revealing strong songwriting topped by a delicate voice.

At just 12 years old, he turned heads with his fiery plea “I Just Wanna Live,” a song about being a young Black man in America. Written by his mother Johnnetta Bryant after she watched the painful death of George Floyd, the song helped Bryant inspire and connect with people around the world. It even landed him a record deal.

He’s 13 now and has released a Christmas EP that features a passionate and mature vocal performance from the budding superstar.

Bryant tackles Paul McCartney’s “Wonderful Christmastime” and adds his own wonderful spin to the song. And he and his sister, Aiyanna Bryant, are epic on their soulful version of Boyz II Men and Brian McKnight’s holiday classic, “Let It Snow.”

The four-song EP closes with the original track “This Year,” an upbeat adventure promising that 2021 will be better than 2020 — a message we all need to hear, especially from the youth. After all — the children are our future.

Christmas wouldn’t be Christmas without reindeers, turtle doves, a partridge — and a Monkee.

“It’s Christmas Time Once More,” a reimagined collection of traditional holiday songs from The Monkees’ late frontman Davy Jones, is a welcome and warm addition to the season. His gentle and expressive voice often got overshadowed by the goofy goings-on in his made-for-TV rock band. Here it is center stage.

Jones tackles songs like “Silver Bells” and “Silent Night” with English-accented aplomb. For a jazzy “White Christmas,” his voice is joined by his youngest daughter, singer-songwriter Annabel Jones, in a pretty duet that hits all the right notes.

The songs have some miles on them. They were originally released in 1991 on cassette then on CD in 1997 and released again in 2005 as “Christmas Jones.” Producer Chip Douglas has given them new arrangements and added background vocals from former Monkees bandmate Micky Dolenz and his sister, Coco Dolenz. Douglas leans into rockabilly with “Rockin’ Around the Christmas Tree” and banjo with “Hark the Herald Angels Sing.”

One of the two bonus tracks is an original recording of Jones singing “White Christmas” with Douglas on guitar, recorded in 1967 in Douglas’ home in L.A.’s famed Laurel Canyon. It is wistful and blissed out.