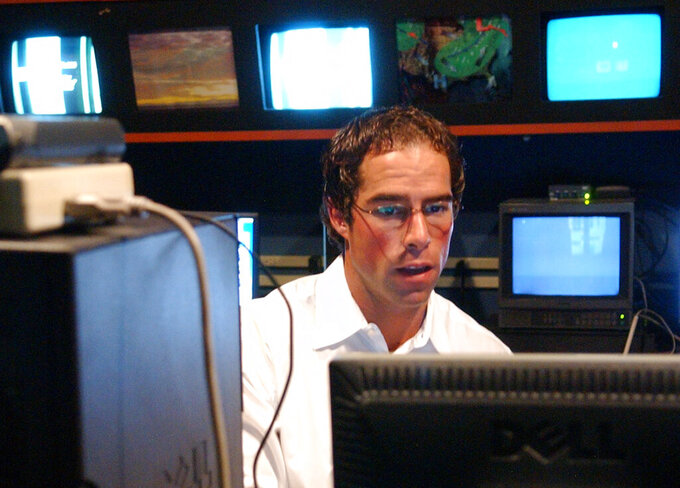 In this Oct. 5, 2006 photo, KRQE-TV Chief Meteorologist Mark Ronchetti prepares the weathercast by analyzing numbers and designing maps at the KRQE studios in Albuquerque, N.M. Ronchetti announced Tuesday, Jan. 7, 2020, that he is joining the race for U.S. Senate in New Mexico. Ronchetti is jumping in the contest for the GOP nomination after stepping down for his job as chief meteorologist for the CBS affiliate in Albuquerque. (Jaelyn deMaria/The Albuquerque Journal via AP)

The Democratic governor said Thursday the health orders aimed at stopping the spread of COVID-19 allows for peaceful protests but not public “political organizing” by candidates.

“The governor’s words are a completely unacceptable attack on the right to free speech and political expression,” Ronchetti said in a statement. “While we must all perform safe health practices, banning safe door knocking and restricting the ability of candidates to solicit support is a purely political action.”

“The virus doesn’t care which political party you belong to,” Sackett said. “The governor’s comments were in keeping with her very consistent approach to fighting this virus.”