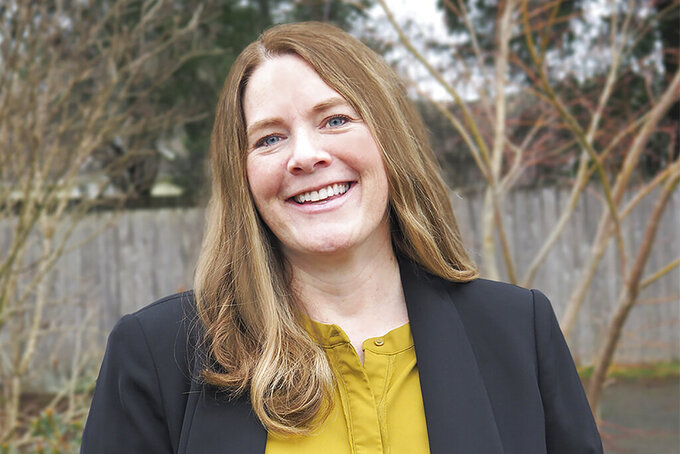 Feek's appointment comes following her appointment as acting commissioner in February when the agency's former leader, Suzi LeVine, left to work for the Biden administration. LeVine had previously served as U.S. ambassador to Switzerland and Liechtenstein.

Feek served as acting commissioner in 2018, before LeVine was appointed, and as deputy commissioner and chief operating officer for the past three years. She was hired to the agency as the first program director of the Paid Family and Medical Leave program, overseeing the successful launch of the nation’s first state paid leave program, Inslee's office said.

Inslee said he first worked with Feek related to the paid leave program and was impressed with her knowledge, compassion and ability to work with a variety of divergent stakeholders.

“Her leadership through the COVID pandemic and strong advocacy on behalf of ESD employees, claimants, and job-seekers has further demonstrated her ability to move ESD into a new phase,” Inslee said.

In 2020, officials disclosed that $650 million had likely been stolen in a fraud scheme that law enforcement officials said was partly based in Nigeria.

Nigerian citizen Abidemi Rufai was arrested in May and has been accused of stealing more than $350,000 in unemployment benefits. Federal officials have called it the first “significant” arrest in that fraud.

Washington was among the first of dozens of states hit by fraud that siphoned off billions of dollars in federal aid meant for pandemic victims. Washington state officials have said $300 million paid to criminals has been recovered.

Feek said Wednesday she sees the appointment as a unique opportunity to lead a team committed to making real progress for people in communities across Washington – at a time it is most needed.

“There is no doubt that it has been a difficult time for all of us, and I go into this role with my eyes wide open," she said. The Employment Security Department ”is a continuous learning organization, and I am committed to applying all we’ve learned in this crisis to increasing equitable access to our many services and improving the experience for our customers.”

Feek also founded the LGBTQ+ Employee Resource Group at the Department, winning the agency the Outstanding Agency Award from the Rainbow & Inclusion Network.

Feek has worked in state government for over 25 years in entry to executive level positions. She earned her bachelor’s degree from The Evergreen State College.