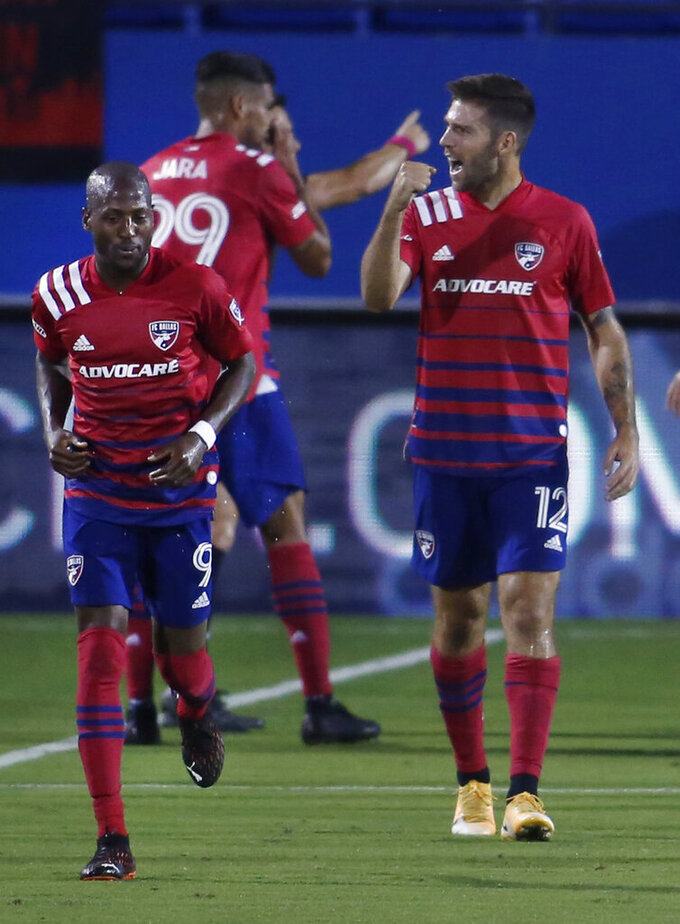 FC Dallas' Ryan Hollingshead, (12) pumps his fist as he reacts to fans as teammate Fafa Picault (9) runs back to set up on defense following Hollingshead's goal during the first half of an MLS soccer game against Sporting KC in Frisco, Texas, Wednesday, Oct. 14, 2020. (Steve Hamm/The Dallas Morning News via AP) 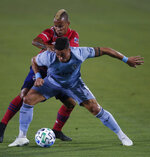 FC Dallas (6-4-6) returned after Sunday’s game against the Minnesota United was postponed because of a couple of confirmed COVID-19 cases. Sporting Kansas City (9-6-2) had won three in a row.

Bryan Reynolds crossed to Hollingshead, who shot to the near post to beat diving goalkeeper Tim Melia. Melia finished with six saves.

Sporting's Erik Hurtado nearly scored in the 82nd minute but his shot from the center of the 18-yard box sailed over the crossbar.

Dallas goalkeeper Jimmy Maurer made three saves, including a fantastic stop in the 87th minute.

Luis Martins' shot hit Maurer in the hands and deflected to Gadi Kinda. Maurer made a one-handed save on Kinda’s shot, but the ball landed next to him. The two fought over possession of the ball. Maurer appeared to tackle Kinda, but a foul was called on Kinda.