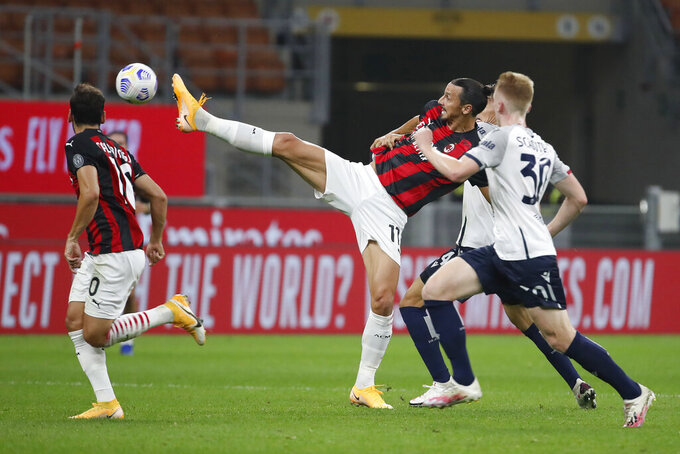 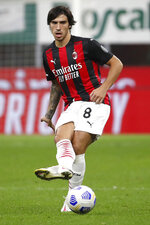 MILAN (AP) — Zlatan Ibrahimović scored twice to help AC Milan beat Bologna 2-0 in Serie A on Monday and keep the Rossoneri optimism alive at the start of the new season.

Ibrahimović broke the deadlock 10 minutes from halftime with a powerful header on a Theo Hernández cross.

The veteran forward doubled his tally from the penalty spot five minutes into the second half after Ismaël Bennacer was brought down on the edge of the area by Bologna defender Riccardo Orsolini.

Ibrahimović, who turns 39 in less than two weeks, also had chances for a hat trick.

“If I was 20 years old, I would have scored two more goals, but luckily I’m 39," Ibrahimović said. "I’m like Benjamin Button, I was born old and I will die young.

“But joking apart, we are doing well and we are still not at our best. It was important to start well, the aim is to do better than last year.”

Bologna hit the woodwork late on through Federico Santander, and defender Mitchell Dijks was sent off following a second yellow card.

Milan was one of the in-form teams when Serie A resumed during the coronavirus pandemic and its remarkable upturn in results saw the Rossoneri win nine of their 12 matches after the restart, drawing the other three.