Indians welcome OF Rosario after he pounded them with Twins 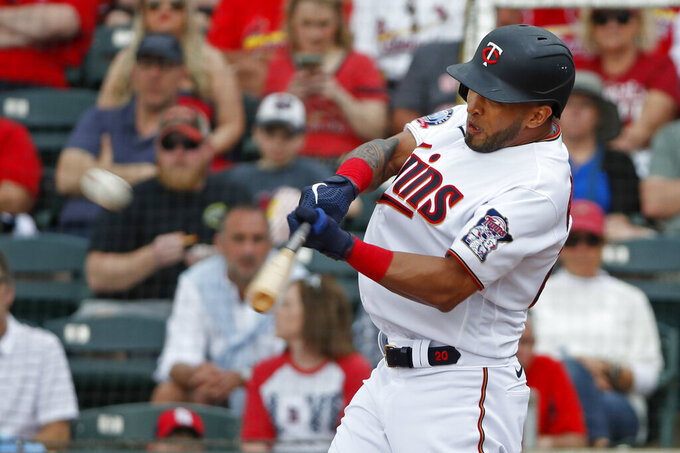 CLEVELAND (AP) — Eddie Rosario's days of tormenting the Indians are over.

“It’s nice to have him on this side of the ball,” said Chris Antonetti, Cleveland's president of baseball operations.

“I’ve had many years and many memories of him hitting pitches from all different locations out of the ballpark against us,” Antonetti said. “So it will be good to have his bat in our lineup.”

A left-handed hitter, Rosario hit 13 homers in 57 games last season. He hit a career-high 32 homers and drove in 109 runs in 2019. Rosario was especially tough on Cleveland pitching, hitting .301 with his most homers, 22 in 93 games, with 47 RBIs against the Indians.

Cleveland's outfield has lacked offensive production in recent years as the club resorted to using a platoon of players at all three positions. Rosario can handle any of the spots, but he's played primarily in left.

“We’re still working through whether or not he will play left field or right field,” Antonetti said. “But we see him as a capable defender at either spot and he’s open to playing either position.”

Rosario's signing comes on the heels of the Indians bringing back second baseman César Hernández for a second season after it appeared he would sign elsewhere as a free agent.

Cleveland is making good on Antonetti's promise to re-invest some of the $32 million in payroll the club cut by trading Lindor and starter Carlos Carrasco to the New York Mets last month.

As a second training camp in Goodyear, Arizona, during the COVID-19 pandemic draws near, Antonetti expressed concern about safety.

“I’m worried,” said. "We’ve shared that one of our organizational priority from the very beginning, even before we knew exactly what the pandemic would hold, would be to continue to prioritize the health and safety and well being of our players and staff.

“And it is concerning that we’re going to be going into an environment in Arizona with one of the highest infection rates in the country. I’m hopeful that the protocols we’ll have in place will help mitigate some of those risks and keep everyone healthy and safe as best as possible.”

Antonetti said the team will again give staff members the choice to opt out if they don't feel secure in traveling to or working in Arizona. To this point, that hasn't happened.