Italy guarantees fans to be allowed into Euro 2020 matches 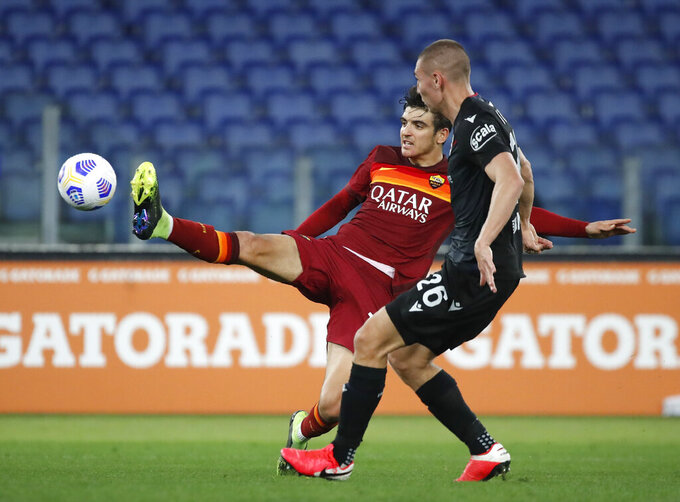 ROME (AP) — The Italian government on Tuesday gave the all-clear for a limited number of fans to attend European Championship games at Rome’s Stadio Olimpico, allowing the city to remain part of the rescheduled tournament.

The pandemic-delayed tournament is being staged in 12 cities in as many countries, and last Friday UEFA gave Rome, Munich, Bilbao and Dublin an extension until April 19 to remain host cities by providing guarantees on fans being allowed into games.

The Italian government officially informed the country’s soccer federation on Tuesday that at least 25% of the 70,000-capacity Olimpico can be filled when Euro 2020 kicks off in Rome on June 11.

“Italy and Rome are there! The ok from the government to fans attending the Euro 2020 matches in Rome is splendid news which I will immediately send to UEFA,” FIGC president Gabriele Gravina said in a statement.

“The message the government is sending to the country is one of great confidence and extraordinary vision," Gravina continued. "Italy is showing it has courage, the same Italy which is fighting against the pandemic and at the same time working to restart securely.”

Italy will play Turkey in Rome in the first match of the competition, which was postponed by one year because of the coronavirus pandemic. Italy will also play its other two matches at the Olimpico, which will also host a quarterfinal.

UEFA received confirmation last week from eight other cities across Europe that crowds will be allowed at stadiums as coronavirus restrictions are eased.