Jimmy Smits figured he could carry a tune 'In the Heights' 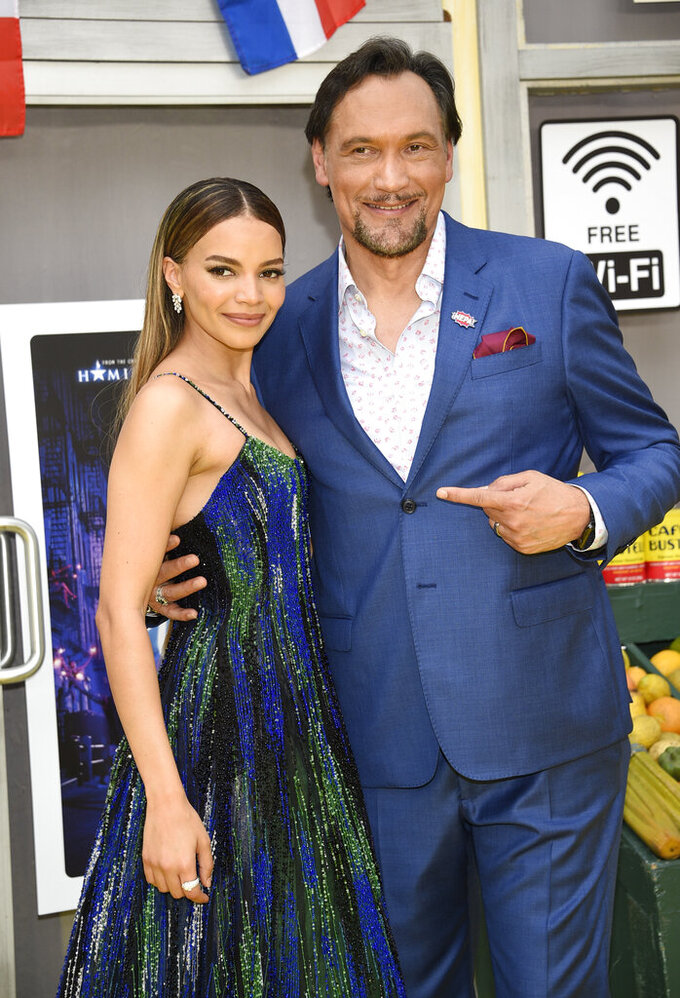 Actors Leslie Grace, left, and Jimmy Smits pose at the 2021 Tribeca Film Festival opening night premiere of "In the Heights" at the United Palace theater on Wednesday, June 9, 2021, in New York. (Photo by Evan Agostini/Invision/AP) 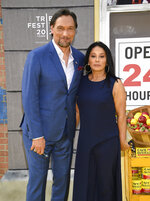 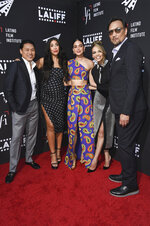 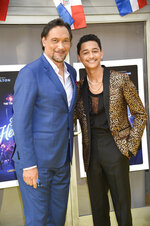 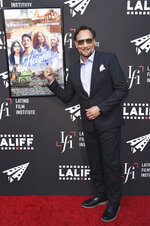 NEW YORK (AP) — He hadn't been in a musical since his high school years, but when Jimmy Smits saw the opportunity to play Kevin Rosario in the film adaptation of “In the Heights,” he was happy to check that off his artistic bucket list.

“Of course it’s something that you always wanna do if you had done it before. I mean, I don’t sight read music or anything like that, but I figure that, with the proper help, I can carry a tune,” Smits said in a recent interview with The Associated Press.

The star of “NYPD Blue” and “The West Wing,” who is of Puerto Rican descent, was even happier to be part of a huge Latino production. He had seen Lin-Manuel Miranda’s first show off-Broadway, where it began its path to the 2008 Tony Awards, and became a “huge fan” of his work.

The just-released “In the Heights,” directed by Jon M. Chu ("Crazy Rich Asians",) is about the dreams and the struggles of the Latino community in New York City’s Washington Heights. Smits' character, Kevin Rosario, is the widowed father of Nina (played by singer Leslie Grace,) whose Stanford college tuition seems almost impossible to pay through his modest taxi cabs business. The film opened this weekend in theaters with a modest $11.4 million box office tally and is streaming on HBO Max through July 11.

“It’s so current. And you have this beautiful collage of people,” Smits said in reference to a range of characters including Usnavi (Anthony Ramos,) Benny (Corey Hawkins,) Vanessa (Melissa Barrera) and Abuela Claudia (Olga Merediz,) among others. “It’s the immigrant experience that’s been part of the fabric of this country since it started. And it’s positive. So we need that right now after the pandemic."

Smits also talked about getting a star on the Hollywood Walk of Fame during the pandemic, his dynamic with Leslie Grace and others on the set, an important change for his character from the original production and whether he plays the lottery.

Remarks have been edited for brevity and clarity.

AP: You just received a star on the Hollywood Walk of Fame. That must have been something.

SMITS: Yeah, I mean, of course is an incredible honor. I’m kind of glad that it worked out the way it did in terms of it being virtual, because I think I would have been mortified if I had to call people and say, “Can you please come?” So it worked out. It was very on the low key, and it was all done, you know, you got to see actually how it was made, and how it was picked and the history of it, so for me it was perfect.

AP: In the original show, your character has a wife. In the film, you are a widow parenting Nina alone. What did you think about this change?

SMITS: I think it worked in terms of the relationship between the father and the daughter because there was much more at stake because he was by himself. It was even more important that his daughter do well.

AP: Leslie Grace described you as a father figure on the set — “el papá de los pollitos” (the father of the little chickens) — in her words. Did you also feel that way?

SMITS: You know, I’m marveled at the work that they did. I mean, if they felt that way I’m honored, but we all worked hard and I think everybody understood the importance of what we were doing. Everybody brought their A game. I think that the time that we spent before the actual shooting, which was all of the choreography and the musical rehearsals, everybody coalesced in a very important way and I see that on the screen, I see that in the little intimate scenes that Leslie had with Corey Hawkins and Anthony and Melissa have together. I mean, of course the big musical (numbers) too, but the little moments really resonate in a beautiful way that I think all audiences are gonna be able to connect with.

AP: How was working with Leslie?

SMITS: Golden, golden voice that she has, but she worked so hard. Como decimos en español, entregó su alma completamente (As we say in Spanish, she gave her soul completely), not only in the scenes that we did, but I see it in the scenes between her and Corey, between her and la Abuela Claudia. She really stepped up her game big time. I just expect beautiful, beautiful things from her. She did a wonderful job.

AP: When we first see you in the movie, you're spending $20 on lottery tickets. Do you ever play?

AP: Have you ever won anything?