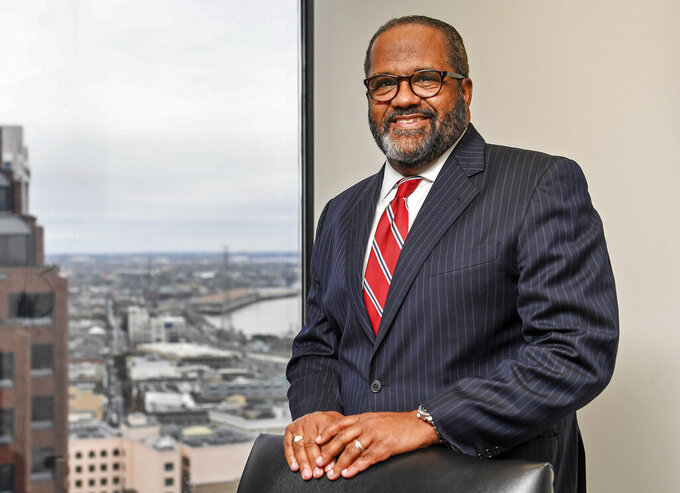 With the victory, Julia Letlow becomes the third woman ever elected to the U.S. House from Louisiana, the first Republican woman elected to Congress from the state and the only woman among its current congressional delegation.

She trounced 11 other contenders to capture the 5th District seat in the primary.

“This is an incredible moment, and it is truly hard to put into words. What was born out of the terrible tragedy of losing my husband, Luke, has become my mission in his honor to carry the torch and serve the good people of Louisiana’s 5th District," Julia Letlow said in a statement.

Former President Donald Trump congratulated Letlow on what he said was an “incredible victory” because she avoided a runoff election despite running in a crowded field.

“I am thrilled for Julia and the entire Letlow family,” Trump said in a statement put out by his Save America PAC. “Luke is looking down proudly from above.”

Farther south, the race to fill a second vacant congressional seat for Louisiana was headed to an April 24 runoff, but the seat was certain to stay in Democratic hands.

In Louisiana, all candidates regardless of party compete against each other in the primary. If no candidate tops 50% of the vote, a runoff election is held between the top two vote-getters.

Julia Letlow ran in her deep red district with the backing of former President Donald Trump, the endorsement of the state GOP and more money raised than all her competitors combined. It was the first bid for elected office by the higher education administrator who lives in the small town of Start in Richland Parish.

She ran on issues similar to those that her husband discussed during his campaign. She talked of supporting agriculture in the largely rural district, expanding broadband internet access and supporting conservative values.

Gov. John Bel Edwards offered congratulations to Julia Letlow on what he said must be a proud but bittersweet day.

“She has continued to exemplify strength, determination and tenacity in the wake of a terrible tragedy. I know that these same characteristics that got her through the last few months will make her an excellent advocate for Louisiana in Washington," the Democratic governor said in a statement.

Luke Letlow died Dec. 29, only days before he was scheduled to be sworn into office. His wife announced her candidacy in January, a move that sidelined other high-profile Republicans who had expressed interest in the seat.

Julia Letlow raised more than $680,000 for the race, according to data filed with the Federal Election Commission. Her closest fundraising competitor and the race's second-place finisher, Democrat Sandra “Candy” Christophe, brought in $75,000. Christophe is a social worker from Alexandria who also ran unsuccessfully against Luke Letlow.

In the 2nd District, Carter received Richmond's backing and ended the primary as the top vote-getter in the majority minority district that extends along the Mississippi River into Baton Rouge.

The Republican Party-backed candidate was Claston Bernard, a Jamaican-born decathlete who competed in the Olympics, runs a home inspection business and lives in the Baton Rouge suburbs. He finished a distant fourth.

With Carter and Peterson atop the polls and the highest fundraisers, they largely battled each other. Carter accused Peterson of crafting education legislation to benefit her husband’s career, an allegation the Peterson campaign called offensive and deceptive. They traded criticism about missed votes in the Legislature. Each has previously run for the congressional seat.