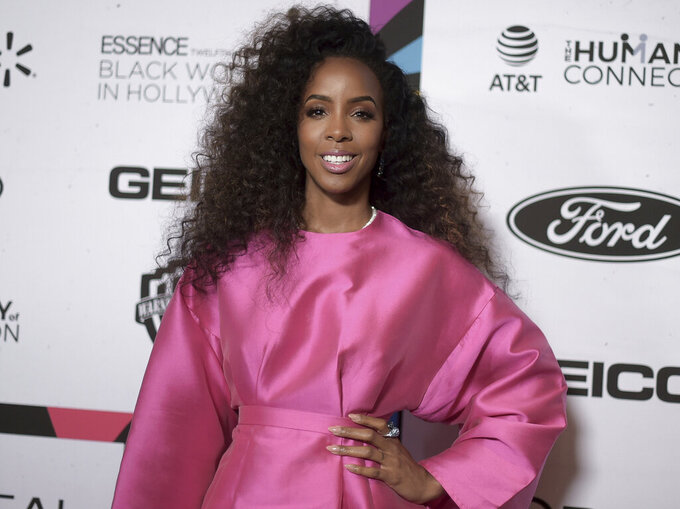 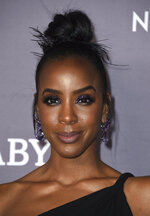 NEW YORK (AP) — If good things come in threes, then Kelly Rowland is basking in her current moment of bliss.

Less than a month ago the Grammy winner birthed her second child, Noah; she celebrated her milestone 40th birthday last week; and on Friday she's dropping a new EP, simply titled “K.”

The result of her musical labor of love is a six-track project heavily influenced by Afrobeat rhythms. So how was it recording with a growing womb?

“(I was) out of breath!” Rowland laughed.

“K” features the toe-tapping, dance track “Crazy,” as well as the sultry “Hitman,” a song that should be a staple in the type of sweaty, basement parties the pandemic can’t allow.

“I definitely tell you some of me and Tim’s business,” she said with a laugh, adding that she’s fallen more in love with husband Tim Weatherspoon during the forced-closeness of the pandemic. “When I hear a song, I don’t hear it for, ‘Is this going to be a hit record?’ I hear it for how it makes me feel … and with the records that everyone will hear on the (EP), there’s a connection to all of them.”

The single “Black Magic,” which features rhythmic percussion and triumphant horns, is an ode to being “unapologetically Black and proud and full of joy,” Rowland explained. It’s a track exuding self-love and pride by a woman whose name, thanks to a Kanye West lyric, has become an adjective for a beautiful darker-toned Black woman. But Rowland didn’t always possess that “Black Magic” confidence.

“I did notice it with certain photo shoots or with people being honest and saying, ‘Well, we can’t have her for this campaign. She’s a bit too dark,'" she revealed. “Did it affect me? For a while it did because I was thinking, ‘Well, if I’m darker, then does that mean I’m (not) going to get the same opportunities?'”

But Rowland found comfort in the successes of artists like Janet Jackson, Whitey Houston and Brandy, along with encouragement from older women close to her, and became confident in her complexion. She’s continued to breathe that esteem into girls who look to her.

“My confidence took a while (and) there was some times I was faking it until I made it,” said Rowland, who was also celebrated in Beyoncé's “Brown Skin Girl" song and music video. “The girl who would possibly feel like (I did), I have to bring her along for the journey (and) I have to stand up for her.”

Now at 40, it’s been nearly a quarter-century since the original Destiny’s Child quartet blasted out of Houston into uncharted entertainment galaxies, and it’s that lifelong bond between Kelly and Beyoncé, along with Michelle Williams who was later added to the group, that’s helped keep Rowland anchored.

“That’s been the greatest blessing,” Rowland says of the sisterhood. “The fact that no one will know but we’ll be at my house or B’s house or Michelle’s house and we’ll just be chillin’ and that’s some of our sweetest moments."

“When we talk about kids or marriage or anything, I know they’re my rock. They truly are my rock," she continued. “And I don’t know a lot of people who get that in this industry.”