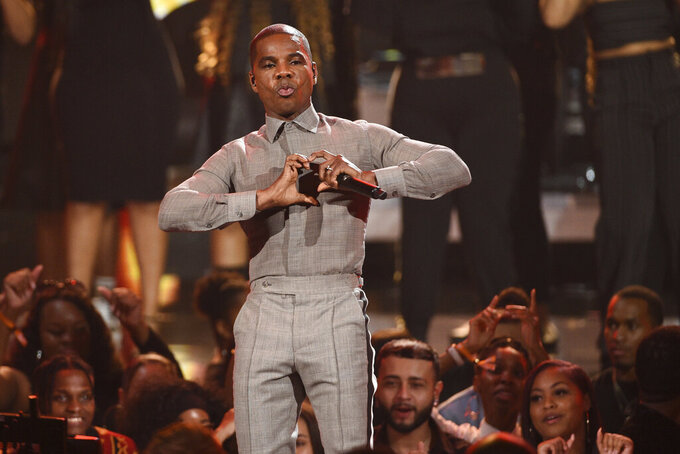 FILE - In this June 23, 2019, file photo, Kirk Franklin gestures as he performs at the BET Awards in Los Angeles. Franklin made a splash at the Stellar Gospel Music Awards. The singer took home six trophies during the 35th annual awards on Sunday night, Aug. 23, 2020. (Photo by Chris Pizzello/Invision/AP, File)

The awards also paid homage to first responder heroes who were on the front lines in the battle against the coronavirus pandemic.

Franklin returned to host the awards with Jonathan Reynolds and Koryn Hawthorne. The ceremony was set to air on BET and BET Her.

Donald Lawrence’s “Deliver Me (This is My Exodus)” was named song of the year. The best new artist went to Pastor Mike Jr.

Some of the performers include Tamela Mann, Marvin Sapp, James Fortune, Tye Tribbett and Anthony Brown.

This story has been corrected to show that Franklin won 6 awards, not 5.