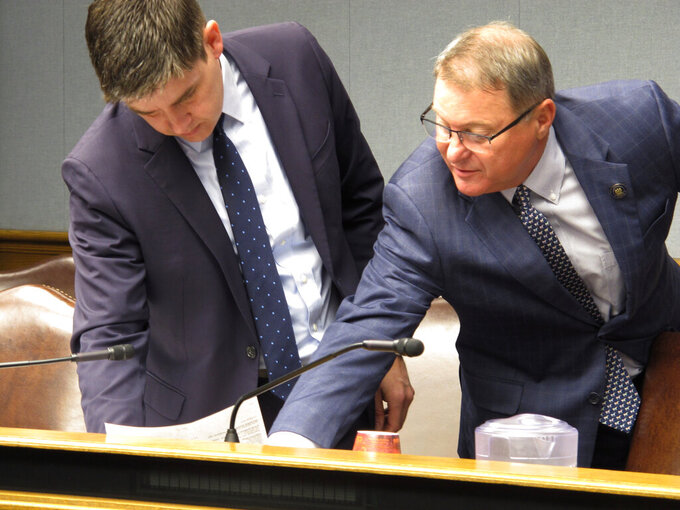 Those dollars aren’t currently included in the budget legislation awaiting decisions in the Senate, but senators will add it in the coming days. Spending ideas for the money abound, with suggestions ranging from increased teacher pay raises and more dollars for early childhood education programs to paying down a variety of state debts.

“I don't think there will be any shortage of suggestions for how to spend the money,” said Commissioner of Administration Jay Dardenne, chief budget adviser to Democratic Gov. John Bel Edwards and a member of the Revenue Estimating Conference.

Legislative leaders have said they want to increase the teacher and school support worker pay raises currently included in the budget from $800 to $1,000 for teachers and from $400 to $500 for staff such as cafeteria workers and bus drivers. Senate President Page Cortez said lawmakers may want to edge that even higher.

Advocates for early learning programs are seeking a more than $80 million increase, while other organizations are pushing for more spending on literacy programs for young students. Meanwhile, the Edwards administration has a long list of requests for additional dollars for the corrections department, state museums, Louisiana Public Broadcasting and other agencies.

Cortez, a Lafayette Republican, offered other ideas he expected lawmakers to consider, such as boosting the planned payment to the state's bankrupt unemployment trust fund to get it on better financial footing. He also said lawmakers might want to use some of the money to put toward a more than $1 billion debt owed to the federal government for upgrades to the flood protection system in the New Orleans region.

The Senate could unveil its proposals for spending the additional money as early as Friday.

The four-member estimating conference includes Dardenne, Cortez, House Speaker Clay Schexnayder and independent economist Stephen Barnes, who works at the University of Louisiana at Lafayette. Lawmakers can't spend more state general fund money than what is recognized by the conference.

The improved income forecasts come from better-than-expected corporate and sales tax collections, along with smaller increases tied to severance taxes and gambling revenue.

“We've got largely pluses across the whole board,” said legislative economist Greg Albrecht.

But Albrecht said the boosted tax collections don't reflect a full recovery from the coronavirus pandemic. He said of the 284,000 workers who lost jobs during the worst months of the virus outbreak, only about 45% have gone back to work.

Billions of dollars in federal relief aid that have flowed to Louisiana from federal unemployment payments, direct checks to residents, business grants and other aid programs have shown up in sales tax collections from the increased spending, he said.