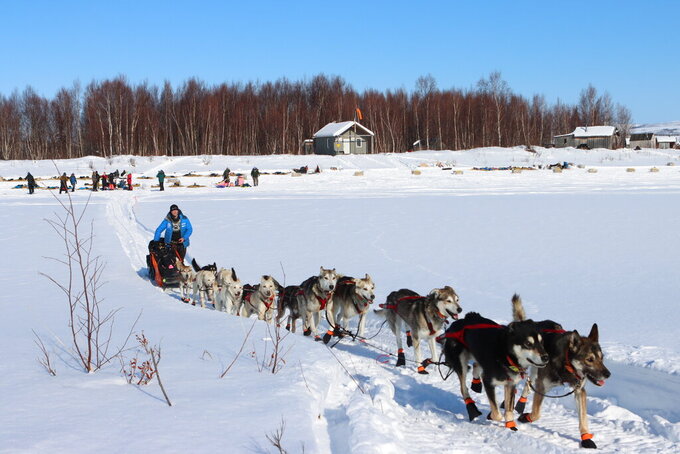 ANCHORAGE, Alaska (AP) — The final musher has crossed the finish line in this year’s Iditarod Trail Sled Dog Race, nearly three days after the winner reached the finish line near the small Alaska community of Willow.

The lantern is an Alaska tradition, awarded annually to the competition's last place finisher. Race officials say the award honors the final musher’s perseverance in not giving up.

It’s her second Red Lantern Award. She got her first in the 2019 race, when she placed 39th.

This year’s race started March 7 with 47 mushers. Nine quit the race and one was withdrawn after testing positive for COVID-19.

Because of the coronavirus pandemic, mushers didn't follow the traditional route that travels across Alaska and ends at Nome at the Bering Sea. It was shortened to a loop with mushers starting and ending the race near Willow, about 50 miles (80 kilometers) north of Anchorage.

It was the first time Nome was not the finish line for the world’s most famous sled dog race.