The Latest: Colts get OK to have bigger home crowd for Cincy 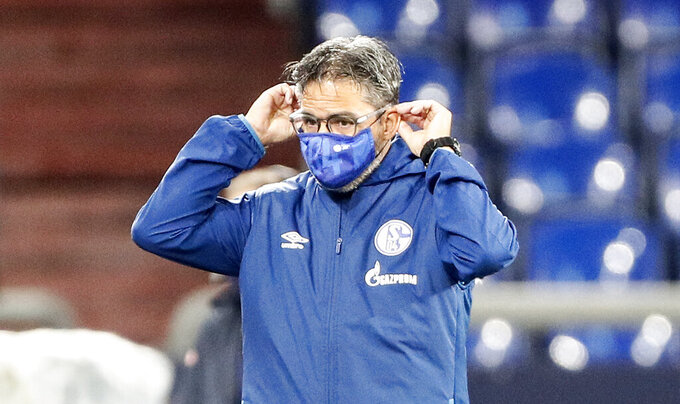 The Marion County Public Health Department has approved a plan allowing up to 12,500 fans to attend the next home game of the Indianapolis Colts.

Indy (2-1) has played all of three of its games in front of small crowds. The Colts host the Cincinnati Bengals on Oct. 18.

After a season-opening loss at Jacksonville, county officials permitted up to 2,500 fans to attend Indy’s home opener against Minnesota and up to 7,500 last weekend against the New York Jets. The Colts won both games at Lucas Oil Stadium, which has a capacity of 63,000.

Single-game tickets go on sale Friday and will be sold in pods to maintain social distancing between groups. The team said in a statement that season-ticket holders will have priority. The team also must fulfill ticket requests for players and coaches from both teams, NFL officials, and broadcast partners of the league.

The MLS game between the Colorado Rapids and Portland Timbers on Saturday was postponed until Nov. 4 because of COVID-19.

Two additional Colorado players and one additional staff member have confirmed cases, the league said Thursday. MLS cited the “health and safety of all players and staff” in making the decision.

Players and staff who have continued to receive negative results have remained in quarantine while following MLS safety protocols.

Appalachian State has postponed next week’s football game against Louisiana-Lafayette due to positive COVID-19 tests and contact tracing.

The school announced the move Thursday, six days before the teams were set to meet in Sun Belt Conference play in Boone, North Carolina. The game will be rescheduled for either Dec. 4 or 5.

The school said “all active cases” are recovering in isolation, while close contacts identified through contact tracing must quarantine.

Appalachian State is scheduled to play again Oct. 14 at Georgia State in the second of two straight Wednesday games. That game is unaffected as of now.

In a statement, Appalachian State athletics director Doug Gillins says the health and safety of athletes and university community members must take priority, adding: “While we share in the disappointment of everyone who has worked hard to prepare for this football game, we have known there will be challenges to maintaining the athletics calendar.”

The Italian league soccer match between Genoa and Torino on Saturday has been postponed because 15 players and staff at Genoa tested positive for the coronavirus.

Local health authorities in Genoa have banned the team from training.

The league did not immediately set a new date for the game.