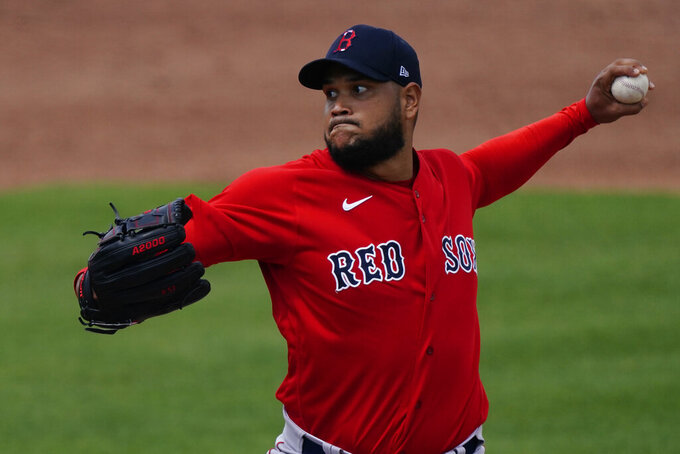 The Blue Jays played in Toronto in 2019. They held home games at their Triple-A site in Buffalo last year after the Canadian government barred them over coronavirus concerns.

A limited-capacity crowd of about 1,300 is expected at night for the Blue Jays’ game at TD Ballpark, which went over a $102 million renovation a year ago.

Fans at Busch Stadium, Camden Yards, Citi Field and several other parks will get to see their teams play in person for the first time since 2019.

Heckled and jeered in Oakland and Anaheim while going 5-1, Carlos Correa, Alex Bregman and the Astros figure to get a more friendly reception at Minute Maid Park when Cristian Javier starts against the A’s.

Red Sox lefty Eduardo Rodríguez makes his long-awaited return to a big league mound when he starts at Baltimore a day after his 28th birthday.

Rodríguez was scratched as Boston’s opening day starter because of a “dead arm.”

He went 19-6 in 2019 and had been set to start the 2020 season opener before it was delayed by the coronavirus outbreak. Rodríguez contracted COVID-19 and related heart problems that kept him from pitching at all last season.

George Springer is still waiting to play his first game for Toronto after signing a $150 million, six-year contract during the winter. The 31-year-old outfielder started the season on the injured list with a strained left oblique muscle and now is feeling tightness in his right quad.

There’s no firm date on when the 2017 World Series MVP with Houston will be in the Blue Jays’ lineup.

Oakland manager Bob Melvin says closer Trevor Rosenthal is “contemplating surgery” for his shoulder injury. Rosenthal is considering a procedure that typically has a three-month recovery time. ... Dodgers star Mookie Betts got the day off Wednesday because of a stiff lower back but is expected to play Friday vs. Washington.