LEADING OFF: Padres hit slams in 4 straight, Mets get virus 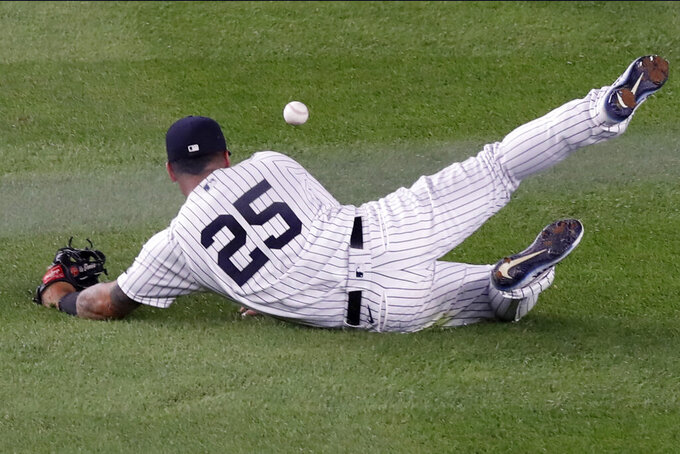 The Padres have hit grand slams in four straight games, the only team in big league history to accomplish the feat. Eric Hosmer extended the streak when he connected Thursday night against Texas.

All four slams have come against the Rangers -- Fernando Tatis Jr., Wil Myers and Manny Machado did it earlier this week.

The Padres next take aim on Lance McCullers when he starts for the Astros at Petco Park. Houston has won eight in a row.

The Mets have another day off after two positive tests for COVID-19 in the organization. Their game at Miami scheduled for Thursday night was postponed an hour before it was supposed to begin and the series opener against the Yankees at Citi Field also was called off.

Seth Lugo’s promotion from the Mets bullpen to the rotation was delayed because of the latest developments. He leads the team with three saves, but was set to start in place of place struggling lefty Steven Matz, who is 0-4 with a 9.00 ERA and will move to the bullpen.

There have been 34 games in the majors postponed this season because of coronavirus concerns.

Miami was still set to play at Washington. The Marlins had a coronavirus outbreak last month that forced them to suspend their season for eight days.

After Paxton pitched five innings against the Rays on Thursday, the team said the left-hander is getting an MRI for discomfort in his forearm.

“For Pax right now, hoping for the best, that we get good news there and hopefully to continue to work to get him right,” New York manager Aaron Boone said.

Torres injured his left hamstring running to first base on an RBI groundout in the third and left the game. The Yankees said Torres was getting further evaluation.

The Indians hope to have manager Terry Francona back in the dugout when they host Detroit.

Francona had a medical procedure this week to address a gastrointestinal issue that has bothered him since spring training. He missed his 11th game Thursday because of the ailment.