Leicester draws 1-1 at Palace, moves into 2nd place in PL 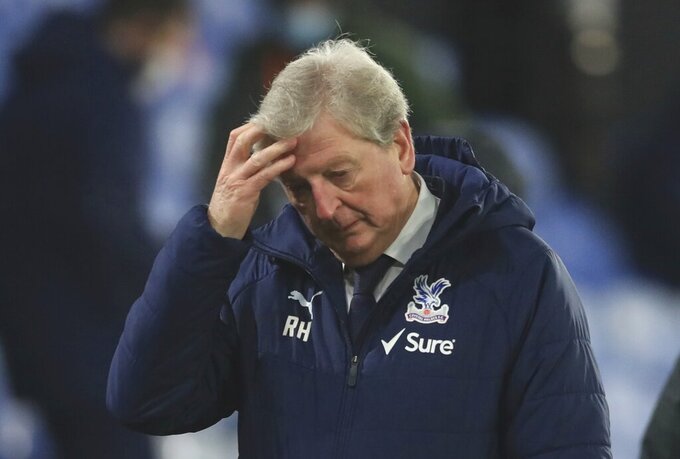 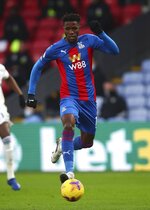 LONDON (AP) — Leicester settled for a 1-1 draw at struggling Crystal Palace after Harvey Barnes' late equalizer on Monday in the Premier League.

Palace opened the scoring in the 58th minute when Andros Townsend’s cross over the Leicester defense found Wilfried Zaha, who volleyed it past Kasper Schmeichel. It was his eighth goal of the Premier League season — already doubling his tally from 2019-20.

“I thought after we conceded the goal, some of our play, the speed of our game, was really good,” Leicester manager Brendan Rodgers said. "We end up frustrated that we haven’t won the game.”

Playing their second game in three days, both teams rested regulars with Rodgers making seven changes from the starting lineup that drew 2-2 against Manchester United on Saturday.

Jamie Vardy has converted six of seven penalty attempts for Leicester this season but was on the bench when Luke Thomas was fouled by James Tomkins in the area in the 17th minute. Iheanacho stutter-stepped and shot with his left foot but Guaita dove and saved it with his right hand.

“You can’t play Jamie or some of these guys every single night," Rodgers said.

Vardy came on as a substitute in the second half.

The draw extended Palace's winless streak to five games, but it was a welcome point following back-to-back drubbings: 3-0 to Aston Villa on Saturday and 7-0 to Liverpool the week before.

“To face Leicester today was going to be a daunting task,” he continued, “but I thought we handled it very well. The point today and the way we played in the second half will stand us in good stead going forward.”

Palace moved up a spot to 13th and hosts last-place Sheffield United on Saturday. Leicester is at Newcastle on Sunday.