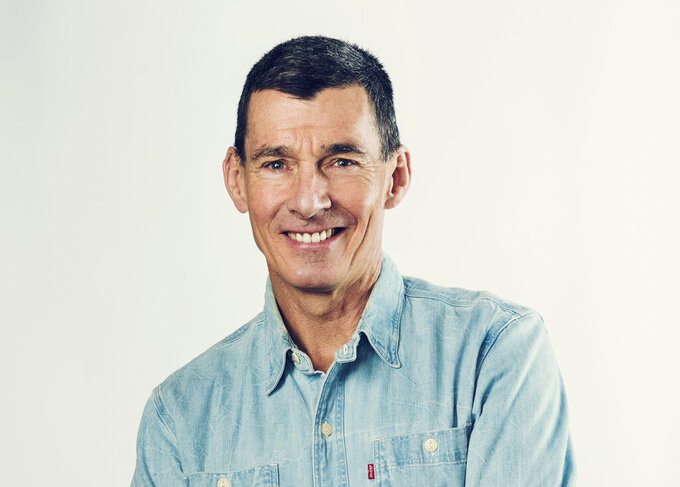 NEW YORK (AP) — As Americans start to go out and update their wardrobes, jeans giant Levi Strauss & Co. is enjoying a resurgence in denim.

That has helped the company upgrade its fiscal first-half outlook and has pushed shares of Levi’s about 30% higher so far this year.

Still, the San Francisco-based company, like many others, faces lots of uncertainty in the coming months as labor shortages and rising cotton prices add costs. The company is also confronting a raging pandemic in many areas outside of the U.S. International business accounts for more than 50% of its $4.45 billion in annual sales. In Europe, about 30% of its stores are still closed.

Levi's CEO Chip Bergh, however, believes the 168-year-old company, which sells in more than 100 countries and operates 1,000 stores, is stronger coming out of the pandemic. It has used the health crisis as an opportunity to double down on investments that were first laid out when Levi's returned to the public market in 2019, Bergh said. That included diversifying beyond denim to tops, expanding online and selling more directly to the consumer. In fact, the company's first ever app that Levi's launched in late 2019 in North America has resonated well during the health crisis.

The Associated Press recently interviewed Bergh in a wide-ranging interview. The interview has been edited for clarity and length.

Q. What did the pandemic teach you?

A. When the pandemic happened very, very early on, we declared that we were going to emerge a stronger company. In Mandarin, the word crisis is also the same word for opportunity, and crisis creates opportunity. So we saw this as an opportunity to reshape our P&L (profit and loss), to double down on the investments in areas where we knew consumers were going to be going during the pandemic, to accelerate our business online, to build new capabilities online.

Q. What are the big fashion trends?

A. We are seeing the beginning of a new denim cycle. During the pandemic, consumers went much more casual. Obviously, they were working from home. Everybody was Zooming. And so it was mid-chest up and who knows what they were wearing below their waist. It could have been pajamas or sweat pants. But jeans maintained its share of apparel during the spring, the pandemic lockdown period. And now we’re seeing a resurgence of denim as people are coming out of lockdown.

Q. What else is driving people to update their wardrobe?

A. The number of people who are in a new size is pretty staggering. Some people gained weight during the pandemic, and many people lost weight. But both on the men’s side of the business and women’s side. More than 25% of consumers have a new size today. And then they’re taking a look at what are the trends, and this new looser fit that we led early on in the pandemic is definitely taking hold. And our competitors have copied it.

Q. What about inflationary pressures?

A. We are seeing the inflationary headwinds, particularly in cotton, but also in distribution, logistics costs. Labor costs are going up around the world, as well. We’re very confident about our P&L for this fiscal year because almost everything is locked in at this point, and we’ve taken pricing early in the year.

A. There’s no question that labor is challenging right now. We're Levi’s, and we’re an aspirational company for a lot of people to work for. And so we’re in pretty good shape in retail. And we are considering right now what we have to do with our wage rates going forward because it is both in retail and our distribution centers. Candidly, we have folks that are right around the corner from Amazon distribution centers and Amazon is not afraid to pay $20 an hour at some of these DCs (distribution centers).

Q. Why is Levi's expanding its direct-to-consumer business?

A. When I joined the company 10 years ago, our total direct to consumer business was 21%. Last year, we finished the year at almost 40%, and our ambition is to get above 50% in the coming few years. DTC is important to us because we’re able to have that direct connection with the consumer — there’s no middleman.

Q. How did the pandemic accelerate Levi's move to show virtual copies of designs to buyers?

A. The pandemic compressed what might have happened in 10 years into 12 or 15 or 18 months. Thankfully, we were already on this journey of digitizing our go—to-market experience. We’ve developed what we call photo-real 3D and now 5D denim samples that look like they’re real, but they’re actually digital. They’re not digital photos. They’re digital drawings essentially of product. And because of the pandemic, we were able to sell off of a....digital tablet.

Q. Levi's has a history of taking a stand on issue like guns and climate issues. Most recently, Levi's has been very focused on voter rights.

A. We're really focused on trying to support the federal legislation that’s working its way through Congress right now. Then, we’re focused on a couple of states where we have pretty meaningful employee populations. So Texas, Florida, Kentucky, where we have sizable employee operations. We’re also funding nonprofit organizations that are doing really good work to also combat this legislation at the local level.